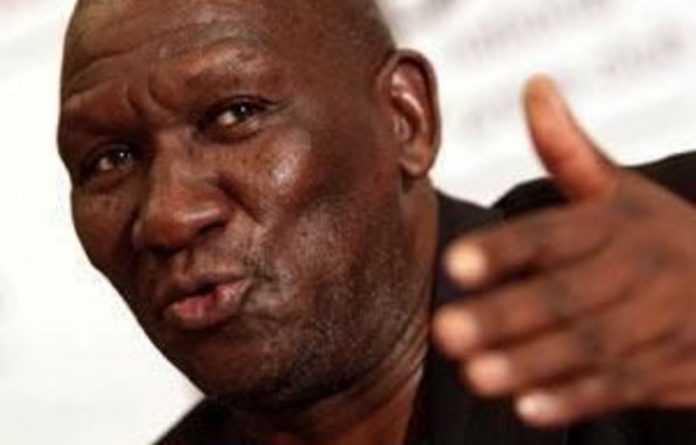 Suspended police chief Bheki Cele did not seek advice from his legal adviser on the contentious Sanlam Middestad building lease, a board of inquiry into his fitness for office heard on Monday.

Defence witness General Julius Molefe said he was not privy to the finer details around the lease as he had not been briefed or consulted on the matter.

Evidence leader Viwe Notshe quizzed Molefe over his visit to the Middestad building in March 2010 with former deputy commissioner and procurement head Hamilton Hlela and another police official.

Molefe said it was on Hlela’s instruction that they were to do the inspection.

He denied playing a part in the procurement process and said he had gone there “by accident”.

“I have no full recollection of events that day, but I did not make any specific contribution there,” he said.

Molefe had gone to Hlela’s office with a “General Ngwenya” who had been invited on March 25 2010, to discuss new office space for the police.

A short while later, Hlela took them to the Sanlam Middestad building, in Pretoria, he said.

‘A number of people’
While Notshe claimed that Molefe and the other officials met the buildings’ owner Roux Shabangu at the Middestad building, Molefe said he did not remember the people he had met that day.

He said it was not just two people, as Hlela testified, but “a number of people”.

“So all of these people were showing you the building in unison? They were all singing a chorus?” asked Notshe.

Molefe said his only link to the building was that his unit was among those which were supposed to be moved.

He said he had no reason to question whether procurement processes were followed because Hlela, his senior, was handling the matter. “I was only there by invitation.”

Asked why he had not raised questions since he knew that Cele had withdrawn all delegation from his subordinates for transactions over R500 000, Molefe said he saw no reason to think the process was done without Cele’s knowledge.

Molefe was also asked to explain why he did not report to Cele about the visit to a potential police headquarters.

“The deputy commissioners had access to the national commissioner. I didn’t find a reason to come and report. I was there by coincidence. Why would I assume this was being done without General Cele’s knowledge? Hlela was the head of procurement”, said Molefe.

Cele’s attorney Vincent Maleka earlier brought in General Audrey Mafome, who briefly testified that it would have been improper for the police to tell the public works department which building it wanted.

Coincidence
Cele failed to explain this coincidence when this was raised by board member Terry Motau SC on Monday.

While concerns around irregularities in the procurement of the Transet lease had been raised in an email by public works department (DPW) official Irene Nel, Cele failed to investigate this, it emerged on Monday.

He also failed to inform senior DPW officials that the process was compromised.

Cele acknowledged that this was strange.

The email from Nel, which had apparently infuriated Cele, raised concern at the fact that the police had already identified the Transnet building as alternative accommodation — a job which is left to the DPW.

Nel also questioned the location of certain units which were to be moved.

No money
Last week, the hearing heard how Cele signed off documents without questioning them, “trusting” that his subordinates would have done the work.

He signed for a R1.1 million Durban building lease, knowing there was no money for the project in police coffers. Additional funding meant police had to re-prioritise projects.

South African Police Service chief financial officer Lieutenant-General Stephan Schutte testified on Monday that under normal circumstances, funds had to be raised before committing to a transaction.

He said even re-prioritisation normally preceded the signing of a deal.

It was not clear what was re-prioritised at the time.

Cele said there had been a pressing need for police accommodation because the lease for the Servamus building in Durban, worth about R1- million a month, was about to expire.

At the time, what mattered was the availability of the building, rather than funding, he said.

The inquiry is trying to establish whether Cele acted corruptly, dishonestly or with an undeclared conflict of interest in relation the two police lease deals, his fitness to hold office and his capacity to efficiently execute his duties.

The hearing resumes on Tuesday.