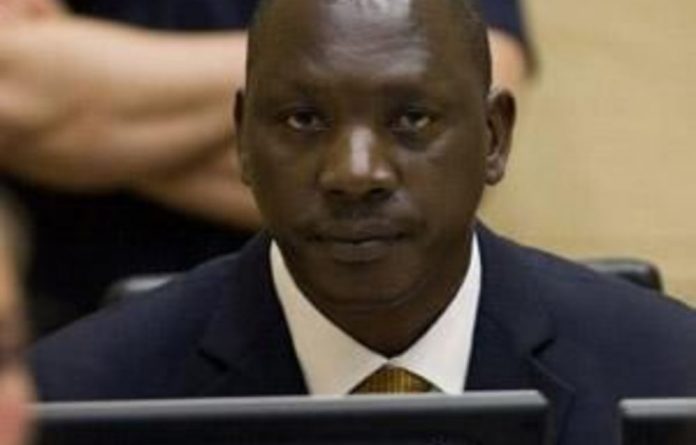 The International Criminal Court (ICC) will hand down judgment in the trial of Congolese militia leader Thomas Lubanga on Wednesday in its first verdict since launching almost a decade ago.

The former rebel commander will face a three-judge bench at a public hearing set down for 10am at the tribunal’s Hague-based headquarters in an “eagerly awaited judgment”.

Lubanga (51) faces two counts of war crimes for enlisting child soldiers under 15 to fight for his militia during the bloody five-year war in the Democratic Republic of Congo (DRC), which ended in 2003 and in which humanitarian NGOs said some 60 000 people had been killed since 1999.

“In order to convict the accused, the chamber must be convinced of the guilt of the accused beyond reasonable doubt,” the court said, adding, “in the event of a conviction, the chamber will later consider the appropriate sentence”.

First transferred to The Hague in 2006, the alleged founder of the Union of Congolese Patriots (UPC) and chief commander of its military wing, went on trial in January 2009. Arguments closed in August last year.

In the trial, prosecutors alleged Lubanga’s role in the conflict was driven by a desire to maintain and expand his control over the eastern DRC’s Ituri region, one of the world’s most lucrative gold-mining territories.

Fabricating false evidence
Lubanga has pleaded not guilty to the charges.

His lawyers accused the prosecution of fabricating false evidence with the help of intermediaries used by the prosecution to find witnesses and claimed that individuals were paid to give false testimony.

They ordered the prosecutor to disclose to Lubanga’s defence team the name of one intermediary but Moreno-Ocampo refused, citing security concerns.

Prosecutors alleged that Patriotic Forces for the Liberation of Congo (FPLC) militia under Lubanga’s control abducted children as young as 11 from their homes, schools and football fields.

They were taken to military training camps, where they were beaten and drugged. Girls among them were used as sex slaves, prosecutors told the court.

Sending a message
During 204 days of hearings, prosecutors called 36 witnesses, the defence 24 and three represented victims.

The ICC, the world’s only independent, permanent tribunal to try genocide, war crimes and crimes against humanity has issued four arrest warrants for crimes in the DRC since opening its doors in 2003.

Former UPC leader Bosco Ntaganda, a Lubanga ally, is yet to be arrested to face the Hague-based court on war crimes charges. He is currently at large, serving as a general in the Congolese army based in the eastern city of Goma, according to Human Rights Watch.

“This first judgment is eagerly awaited,” the human rights group said in a statement this week.

“Should Lubanga be found guilty, the decision will be a powerful signal to all those who recruit and use child soldiers around the world,” it added.

The ICC is investigating seven cases, all based in Africa. — AFP