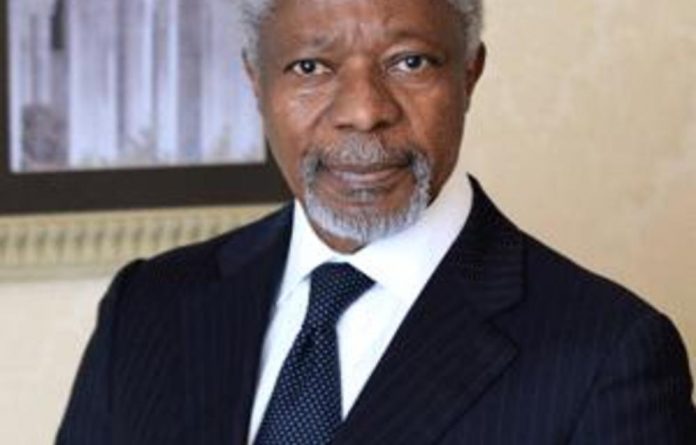 Syrian army defectors killed at least 10 soldiers in an ambush in the northern town of Idlib on Tuesday, a rights activist said, with international efforts to ease the crisis appearing to make little progress.

Fighting was also reported in the eastern city of Deir al-Zor as a year-long uprising against Syrian President Bashar al-Assad increasingly resembled a full-blown civil war.

A special UN Security Council meeting on the Arab Spring uprisings on Monday showed that the five permanent members were no closer to breaking their impasse over Syria, with Russia and China continuing to back a defiant Assad.

Landmines along escape routes
With growing numbers of refugees seeking to flee the fighting, advocacy group Human Rights Watch (HRW) said Syrian forces were laying landmines near the borders with Lebanon and Turkey, along routes used by families to escape the violence.

Idlib province backs onto Turkey and has been a focal point of clashes between government forces and the lightly armed Syrian Free Army (SFA), which has vowed to topple Assad.

“At least 10 Syrian soldiers have been killed by army defectors in the northern town of Idlib,” said Rami Abdelrahman, head of the Syrian Observatory for Human Rights, a British-based group that works in conjunction with activists inside Syria.

“They were killed during an early morning ambush on a government checkpoint,” he added. Reports from Syria cannot be independently verified as the authorities have repeatedly denied access to rights groups and journalists.

The Syrian National Council (SNC), an umbrella opposition group whose leadership lives abroad, said on Monday it was preparing to arm the anti-government rebels, but the dissident movement remains fragmented and often ineffectual.

SNC representatives were due to meet UN-Arab League envoy Kofi Annan in Turkey later on Tuesday. Annan held talks with Assad on Saturday and Sunday, but there was no indication his initiative would end the bloodshed.

Rising death toll
More than 8 000 people have died in the Syrian uprising, including numerous women and children, Nassir Abdulaziz Al-Nasser, president of the UN General Assembly, said on Monday.

The Syrian government says more than 2 000 police and regular army soldiers have been killed by “armed terrorist groups”, blaming foreign interference for the unrest. It has not given any figures for civilian deaths.

US Secretary of State Hillary Clinton told reporters after meeting Russian Foreign Minister Sergei Lavrov on Monday that it was time for Moscow and Beijing to join calls for an end to the Syrian repression of unrest.

Clinton said it was up to Assad to take the initial step. “First and foremost, the Assad government has to end the violence,” she said.

Lavrov said Nato had “grossly violated” its UN mandate to protect civilians in Libya last year after rebels rose up to overthrow and kill Muammar Gaddafi.

“There is no doubt whatsoever that the Syrian authorities bear a huge responsibility for the current situation,” he said.

But Lavrov said there was no point in talking about who started the violence. He said the Security Council should press for an “immediate end of violence” by all sides.

No justification
HRW said anti-personnel and anti-vehicle mines of Russian origin had been found near Syria’s borders, with indications they had been planted by the army this year.

“Any use of anti-personnel landmines is unconscionable … there is absolutely no justification for the use of these indiscriminate weapons by any country, anywhere, for any purpose, said Steve Goose, Arms Division director at HRW.”

Both Assad’s government and the rebels agreed that in Syria’s third largest city Homs, dozens of killings had been carried out in cold blood while Annan was visiting Syria to seek a ceasefire, humanitarian access and dialogue.

Activists in Homs and state television showed videos of bloodied bodies with hands tied behind their backs.

“I saw two females who were raped, one was around 12 or 13 years old. She was covered in blood and her underclothes were off,” said a medic in the city, which has become a focal point for the uprising against 40 years of rule by the Assad family. — Reuters