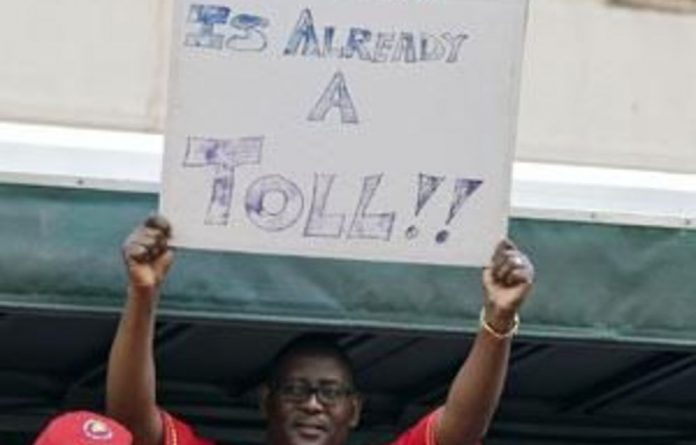 “We see no benefit … in discussing these issues with the [DA], with whom we have fundamental ideological differences on many issues,” Cosatu spokesperson Patrick Craven said in a statement.

“The basis for these difference are rooted in the fact that while Cosatu represents the working class and the poor, the DA speaks for big business, the wealthy and the privileged.”

On Friday, Mazibuko said she had written to Vavi asking for a meeting.

“These issues, among others, are viewed seriously by both Cosatu and the DA,” she said.

On Tuesday, Craven said Cosatu cared “more than anyone” about the levels of youth unemployment and that it had held talks with the government and businesses.

“That is why we have signed four accords with government and business, on basic education, skills development, the green economy and local procurement, all of which relate to job creation,” he said.

“We shall be working hard to use these accords to create jobs.”

Contradictions
In response to Cosatu’s refusal, Mazibuko said this revealed a contradiction in the union federation.

“On the one hand, they oppose corruption and programmes such as e-tolling in Gauteng,” she said. “On the other hand, [Cosatu] continue to oppose a policy which would create an estimated 423 000 jobs for young, unemployed South Africans.”

Mazibuko said there was growing consensus that the proposed youth wage subsidy was necessary to fight unemployment.

Deputy President Kgalema Motlanthe and Finance Minister Pravin Gordhan had both addressed Parliament on the need for the wage subsidy to be implemented.

Don’t mix business and pleasure
Meanwhile, reacting to reports of bribery allegations made against Motlanthe’s partner Gugu Mtshali, Craven said that relatives of public representatives and trade unions should not do any business with the government.

“This will avoid a conflict of interest and the temptation to utilise leadership positions in government to directly benefit families and relatives of the leaders concerned,” he said.

“Without speculating about Ms Mtshali’s guilt or innocence, Cosatu wishes to state that such reports vindicate our long-held position about relations between business and government leaders.”

According to a report in this weekend’s Sunday Times, Mtshali had allegedly been involved in soliciting a R104-million bribe from a South African aviation company in exchange for government support. This was part of a R2-billion deal that involved selling US-made helicopters to Iran, via South Africa, in violation of UN sanctions.

The Sunday Times claimed to have an audio recording of the meeting on which Mtshali’s voice was allegedly heard. The alleged deal reportedly failed because 360 Aviation could not reach an agreement with the National Iranian Oil Company.

Earlier, Madonsela’s spokesperson Kgalalelo Masibi said the protector was assessing whether she had jurisdiction to investigate the allegations. — Sapa