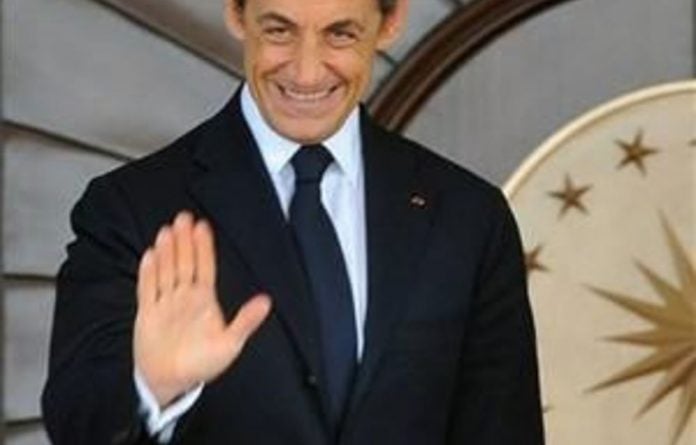 Damaging new claims have emerged about the funding of Nicolas Sarkozy’s 2007 election campaign and his links with former Libyan leader Muammar Gaddafi.

The French investigative website Mediapart claims to have seen a confidential note suggesting Gaddafi contributed as much as €50-million to Sarkozy’s election fund five years ago.

But Sarkozy has angrily denied receiving funds from the slain Libyan dictator.

“If [Gaddafi] had financed it, then I haven’t been very grateful,” Sarkozy said when a journalist asked about the report on TF1 television.

Similar allegations emerged a year ago when Gaddafi’s son Saif al-Islam claimed Libya helped finance the 2007 campaign and demanded the French president, who led the war on the Libyan leader, return the money.

In an interview with the Euronews TV channel, Saif al-Islam, who is currently being held in Libya after his father’s defeat and death, threatened to make details of the bank transfers public after the French leader threw his weight behind opposition forces.

On Monday, Sarkozy lashed out at the journalist who asked him about the report and al-Islam’s claim, accusing her of sympathising with the younger Gaddafi, who is being held by a Libyan militia.

“I am sorry for you that you are the spokeswoman for Gaddafi’s son,” Sarkozy said, visibly angered by the question.

“Gaddafi, who is known for talking nonsense, even said that there were cheques. Well then the son should just go ahead and produce them then,” he said.

The allegations come at a crucial time for Sarkozy who is seeking a second term in office in a two-round election in under six weeks.

“We knew these documents existed but it is the first time we have had the details of what was in them,” he said.

“And there are lots of details, including dates, places and amounts.”

One document, a government briefing note, allegedly points to visits to Libya by Sarkozy and his close colleagues and advisers, which it says were aimed at securing campaign funding.

Shortly after Sarkozy’s election, Muammar Gaddafi was invited to Paris and allowed to pitch his bedouin tent in the grounds of an official French residence close to the Elysée Palace. He was described as the “Brother Leader” by the French.

When previously asked about Saif al-Islam’s claims, a spokesperson for the Elysée Palace told Le Monde: “We deny it, quite evidently.” —