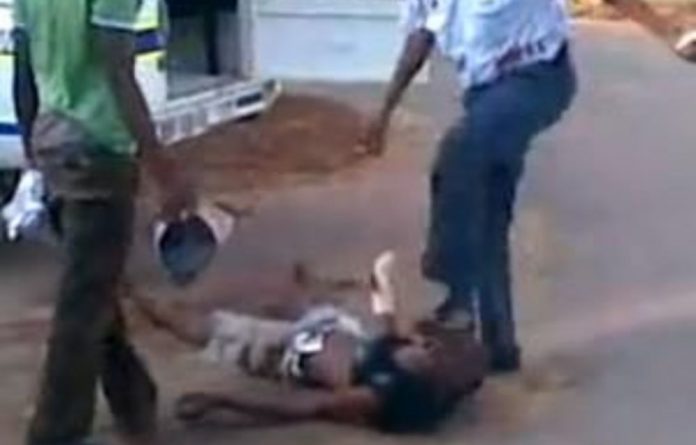 Update: The events shown in the video occurred in November last year and have been followed up by the Sowetan.

The Independent Complaints Directorate (ICD) on Tuesday said it would be investigating a case of police brutality against an officer at the Vaalwater Police Station in Limpopo.

The case revolves around cellphone video footage that has come to the attention of the Mail & Guardian.

Warning: This video contains footage of a violent nature

The footage shows a uniformed police officer assaulting an unarmed man while in the process of arresting him — the officer’s police van is also clearly identified.

The suspect is punched, kicked in the head, dragged and strangled as community members look on.

The ICD’s spokesperson Moses Dlamini said they would contact the police station after being sent the footage by the M&G.

When contacted, officers at the Vaalwater Police Station confirmed that a case had been opened but would not divulge the officer’s identity, claiming the case was “sub judice”.

The video was first posted on the 2OceansVibe website on March 9 2012. The suspect’s identity is unknown.

The problem with generalisations