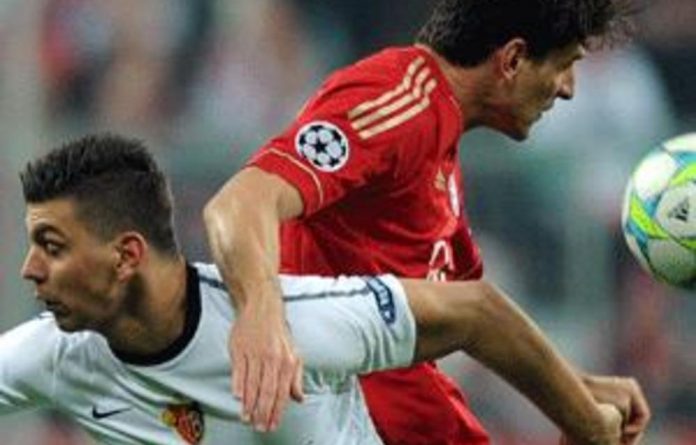 Germany striker Mario Gomez scored four goals as Bayern Munich marched into the Champions League quarterfinals by smashing FC Basel 7-0 in the second leg of their last 16 clash on Tuesday.

It was the biggest win in a Champions League knockout match as records tumbled in Munich and Bayern bettered their 7-1 home win over Sporting Lisbon from the 2009 competition, also in the round of 16.

Having come to Germany holding a 1-0 lead from the first leg three weeks ago, Basel’s hopes of reaching the Champions League last eight for the first time were dashed as they lost the tie 7-1 on aggregate.

“We had already played well last Saturday and I noticed this week how much the team wanted to go through to the next round,” he said after his team also smashed Hoffenheim 7-1 last Saturday in the German league.

“Today, we have put in a top class performance from the first until the last minute. Overall, it was a perfect game from us.”

It was also Basel’s worst ever away European defeat, breaking the 5-0 record set in 1963 at Celtic and equalled in 2008 at Shakhtar Donetsk in Ukraine.

Munich’s Allianz Arena hosts the Champions League final on May 19 and the Germans are looking to go all the way and maybe even win it in front of their home fans.

“It was fun to play in that. To score seven goals in a Champions League match speaks for itself,” said Robben.

“Fourteen goals in our last two games after our defeat at [Bayer] Leverkusen speaks volumes for the way we have played. We have to stay focused. It would be good to get Barcelona or Real Madrid in the next round, but we’ll take whoever comes,” he added.

Fairytale run loses steam
Basel ended Manchester United’s involvement in this season’s campaign in the group stage, but spent the majority of the match defending and was totally outplayed.

“You have to see this is a game to try to take something positive away from … Maybe we can learn more from this than the wins we’ve enjoyed so far in the competition,” said Basel coach Heiko Vogel.

“Of course you have to talk about the quality Bayern have, but we need to learn our lessons.”

Heynckes stuck with the same team that hammered Hoffenheim and they were 3-0 up at the break.

Robben opened the scoring on 11 minutes when he played a pass to Toni Kroos, whose shot clipped a Basel defender’s boot and fell into Robben’s path. The Dutch international made no mistake from 12 yards.

Carbon copy
It was all Bayern as Basel won only their first corner with 34 minutes gone and any threat was comfortably dealt with by Munich goalkeeper Manuel Neuer.

Muller made it 2-0 on 42 minutes when he converted a Robben cross and found enough space at the near post to beat Yann Sommer on the volley.

The third came less than two minutes later as defender Holger Badstuber squared the ball from a free-kick and with Gomez and Luiz Gustavo queuing up to score, it was Gomez who got his boot to it.

By this stage the Basel defence were completely demoralised and Robben added more salt to their wounded pride by rounding Sommer to slot home Bayern’s seventh and his second of the night on 81 minutes. — AFP