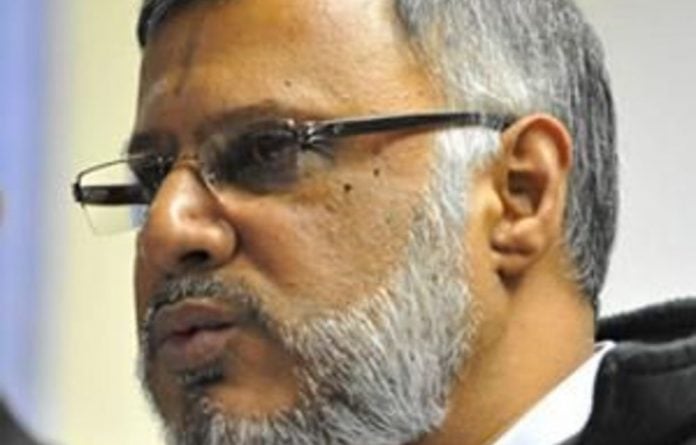 “I think it’s time for change and for new leadership,” he said.

“I’m going back to grass roots cricket, and I hope to be able to contribute again at club level.”

Khan said the announcement was made at a CSA management committee meeting in Johannesburg.

His resignation comes three days before a CSA board meeting, at which its provincial presidents are expected to decide the fate of CSA chief executive Gerald Majola.

‘Fresh ideas’
Khan said he hoped new leaders would help cricket’s governing body to find its feet after two years of negative media coverage, and a struggle to find sponsorships for domestic competitions and international tours at home.

“New people will have fresh ideas,” he said. “I am confident the game will overcome this one negative aspect.”

Earlier on Wednesday, Dennis Cruywagen, who called himself a close associate of the CEO, said in a statement that Majola would ask the management committee for a three-month leave of absence.

Majola has been at the centre of a long-running bonus saga after he and 39 other members of CSA staff received payments for hosting the 2009 Indian Premier League.

An inquiry, led by retired judge Chris Nicholson, recommended to Sports Minister Fikile Mbalula last week that Majola be suspended for 180 days, pending the conclusion of a disciplinary hearing, and repay the R1.75-million he received of the bonus payments.

Backing cricket
Last year, a KPMG report found that Majola may have breached the Companies Act on at least four occasions after he failed to clear the bonuses through the CSA remuneration committee.

He was reprimanded twice, but was ultimately cleared, after an internal inquiry and the independent audit.

Former CSA president Mtutizeli Nyoka was given a vote of no confidence after he repeatedly called for an independent investigation into the bonus payments.

After reading the report released by the Nicholson inquiry, Khan said on Tuesday that the CSA board had not taken sides throughout the bonus saga.

“The board has always backed cricket and not any individual,” he said. “I have studied that part of the report very carefully and I think it is a bit unfair and untrue to say that there was a cover-up.” — Sapa

Regulations for taxis have been relaxed over the last few days of the lockdown prompting criticism. Transport minister Fikile Mbalula however, has defended the decision
Read more
Advertising
Continue to the category
Coronavirus