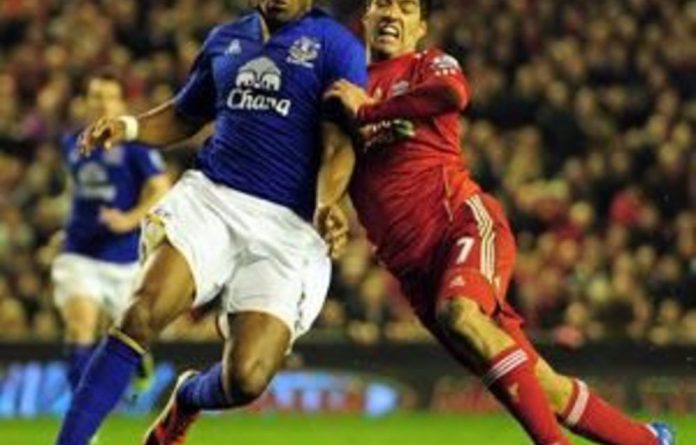 Steven Gerrard urged Liverpool to end the season with a flourish after hitting a spectacular Merseyside derby hat-trick on Tuesday.

Gerrard became the first Liverpool player since Ian Rush in 1982-1983 to score a league treble against Everton as Liverpool coasted to a 3-0 win over their neighbours at Anfield.

It ended a three-match losing run in the Premier League, after defeats to Sunderland, Arsenal and Manchester United, and lifted Liverpool to within two points of sixth-placed Newcastle United.

Although a top-four finish and a place in next season’s Champions League appears unlikely — Liverpool trail fourth-placed Arsenal by 10 points with 10 games remaining — Gerrard is anxious Dalglish’s side do not allow the campaign to fizzle out and wants to end the season on a high.

Liverpool, who ended a six-year trophy drought last month when they won the League Cup, entertain Stoke in the last-eight of the FA Cup on Sunday.

“It’s been a frustrating run for us, we never turned up at Sunderland and we are going from one extreme to the other at the moment. We need a winning streak,” said Gerrard, after his first hat-trick since scoring three against Napoli in the Europa League in November 2010.

“To get three goals is a bit extra but I have to give Luis Suarez a special mention.

“He put two on a plate for me. I haven’t played with him much but when I have we have an understanding. Hopefully that can continue.”

The England midfielder opened scoring with an inch-perfect lob before doubling the lead after half-time following good work by Suarez. He completed his hat-trick in stoppage time.

But Dalglish was keen to praise his team’s overall performance rather than single out individuals.

“All the local boys were fantastic for us,” said Dalglish. “I’m not educated enough to add to the fantastic comments about Steven Gerrard.

“He’s had one or two bumps and injuries this year but to come back and get three in the derby will be a boost for him.

“His quality is there for all to see. He’s been a fantastic player for this club throughout his whole career and he always will be.

“Steven, rightly so, will get all the headlines but he’ll admit that he wouldn’t have got his goals without the help of his team mates.”

Sweeping changes
Everton manager David Moyes defended his decision to make sweeping change to the side that overcame Tottenham in the league last Saturday ahead of this weekend’s FA Cup quarterfinal against Sunderland.

Croatian striker Nikica Jelavic, who scored the winner against Tottenham, Tim Cahill, Phil Neville, Leon Osman and John Heitinga were among the substitutes at Anfield.

“We have got a big week,” said Moyes, after his 10th anniversary celebrations in charge of Everton fell flat.

“We gave away three terrible goals. We were at fault tonight.

“I made changes but you have to try and plan what you are doing when you have three games in a week.