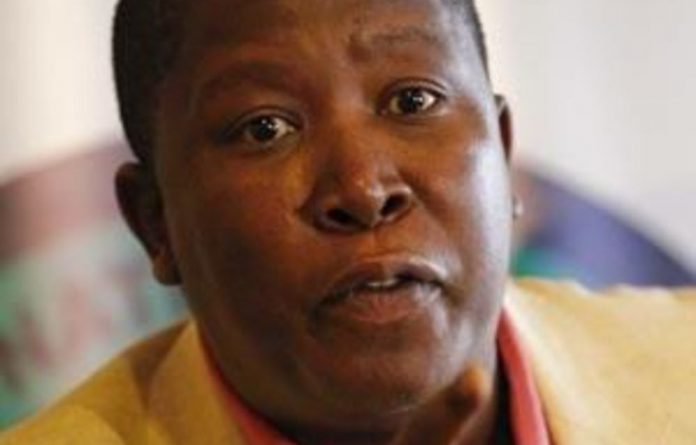 Julius Malema will appeal against his expulsion from the ANC, the youth leader’s legal representatives confirmed on Wednesday.

“We will file an appeal, that is all that needs to be done today,” Dali Mpofu, one of Malema’s lawyers told the Mail & Guardian.

ANC Youth League spokesperson Magdalene Moonsamy confirmed this, saying: “We’ve previously indicated we are appealing across all avenues of the disciplinary process and that decision has not changed.”

Malema was expelled from the ANC on February 29 but was given 14 days to appeal his sentence.

The deadline lapses at midnight on Wednesday.

Malema was sentenced for comparing President Jacob Zuma unfavourably to his predecessor, Thabo Mbeki, which was ruled to be sowing divisions within the party.

Malema’s expulsion was confirmed by the ruling party’s national disciplinary committee (NDC) after deliberating over arguments offered in mitigation of sentence.

NDC chairperson Derek Hanekom said in a statement at the time it was unlikely that Malema could be rehabilitated.

Appeal options
Apart from the formal appeals process, Malema can also employ delay tactics, in order to drag the matter out until the ruling party’s next elective conference in Mangaung in December.

Malema could try to have a formal motion tabled to ANC delegates with voting powers at the conference to have his sanction nullified.

Before this, the youth leader may also take the matter to the ANC’s national executive committee (NEC), who may order the NDC to restart the process.

Initial indications are that while support is evident for Malema among some of the ANC’s top brass, the league would struggle for sufficient numbers to have the decision overturned.

The league has stated on several occasions that it would defy the ruling.

The young lions said the ANC should “inform and convince” the league and its members that the suspensions were the right decision and explain their reason for doing it.

Malema is not the only one facing the music, as his spokesperson Floyd Shivambu is also due to appeal a three suspension handed down to him.

The suspension relates to comments made by Shivambu about regime change in Botswana as well as insulting a journalist.

Magaqa was found guilty of prejudicing the integrity of the organisation and creating divisions by making derogatory remarks about Gigaba, who is also an ANC NEC member.

Had Magaqa not apologised he would have been suspended from the ANC for three years but the sentence was suspended.

ANC battle now moves to the regional and provincial conferences