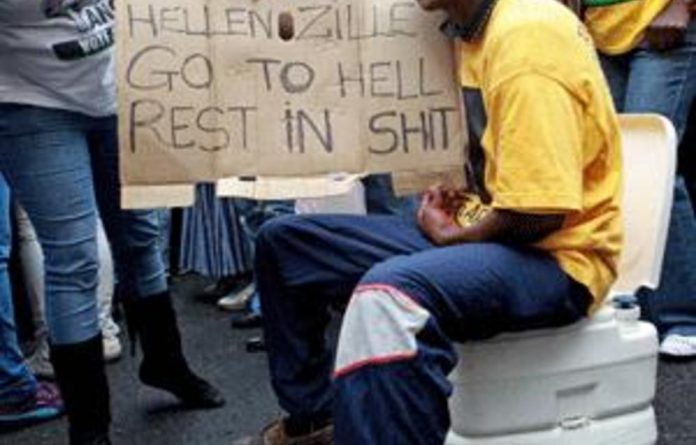 Toilets in informal settlements are often neglected because they are seen as a temporary arrangement, the Social Justice Coalition said in Cape Town on Wednesday.

Policy coordinator Gavin Silber said these areas were seen as illegal and therefore not in need of proper infrastructure.

“We need to change the very nature of communities and the way we view them. We have failed to generate and implement policy around how we deliver services to these communities.”

He was speaking at a South African Human Rights Commission (SAHRC) public hearing on water and sanitation.

The commission was discussing ways to solve the rampant problem of unenclosed toilets and poorly-maintained sanitation in informal areas.

It highlighted two affected informal settlements, Makhaza in Khayelitsha, Cape Town, and Rammolutsi near Viljoenskroon in the Free State.

Political matters
The Democratic Alliance was embroiled in a political storm for failing to enclose more than 1 300 toilets in Makhaza. In June 2011, the party acted on a Cape High Court order to enclose these toilets.

It then emerged that the ANC had failed to enclose almost 1 600 toilets in Rammulotsi. In May 11 the SAHRC ordered the Moqhaka municipality to urgently enclose the toilets.

“Yes, it is political in a way because it is governed by politicians, but we don’t want politics to blind us.”

Silber said local government could focus on two issues that would immediately improve the situation.

The first was to ensure toilets did not become blocked, damaged, or potential hazards.

The second was to have meaningful engagement with affected communities, so they could advise on the best toilets for their needs in terms of design, location and safety.

About 10-million people in South Africa do not have access to basic sanitation. — Sapa