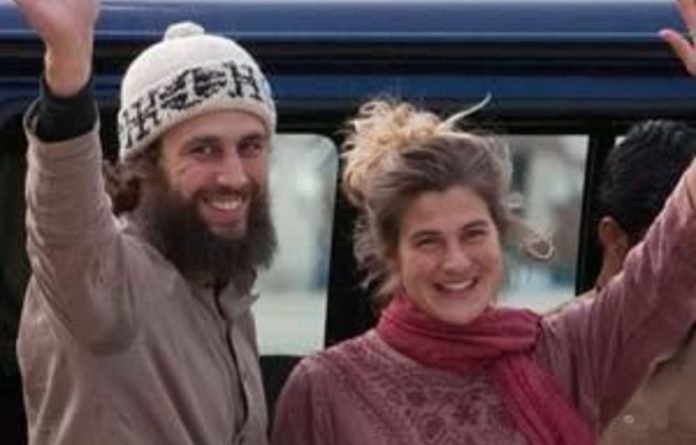 A Swiss couple kidnapped by the Pakistani Taliban last July say they escaped, a Pakistani army spokesperson said, after the two showed up at a military checkpoint on a main road in the north-west of the country on Thursday.

Pakistani media identified the pair as Olivier David Och (31) and Daniela Widmer (29). They were kidnapped in Pakistan’s south-west province of Baluchistan and had been held by the Taliban in the North Waziristan region on the Afghan border.

“They escaped, this is what they have told us,” Pakistan army spokesperson Major General Athar Abbas told Reuters. “They reported to our checkpost then. They are being questioned at the moment in Peshawar.”

According to intelligence sources in North Waziristan, the two were found at a military checkpoint on a main road in Miranshah, the region’s main town, at about 5.30am (12.30am GMT) and were then sent to the city of Peshawar by helicopter.

“The Swiss ambassador to Pakistan is in direct contact with them and was able to confirm that they were not injured and that their general state of health, given the circumstances, is good,” the Swiss Foreign Ministry said in a statement.

“The two Swiss are now in a secure site in Pakistan. Their return to Switzerland is planned as soon as possible.”

Pakistan’s Taliban had claimed responsibility for kidnapping the couple, who were seized in the Loralai district of Baluchistan on July 1.

Kidnapping for ransom is relatively common in Pakistan, although foreigners are not often targets. Militants also occasionally take foreigners hostage.

Two Western aid workers were kidnapped by gunmen in the central Pakistani city of Multan on January 19. Another, a British doctor working with the International Committee of the Red Cross (ICRC), was kidnapped in the south-west city of Quetta on January 5.

A frontier dispute between the two Asian giants turned deadly for the first time in 45 years. Observers argue the skirmish was exacerbated by Delhi’s annexation of Kashmir and Ladakh
Read more
World

Within India, the Bharatiya Janata Party government is stoking Islamophobia by using religion as an instrument of identity politics
Read more
Advertising
Continue to the category
Politics