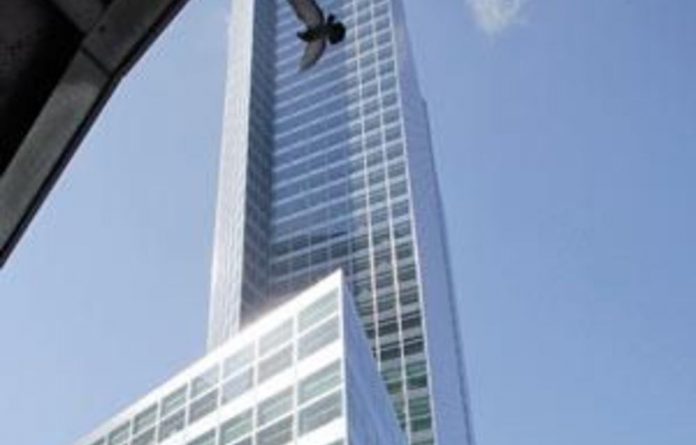 Investment banking titan Goldman Sachs has become a “toxic and destructive” firm focused on milking clients for everything it can, a resigning executive director said on Wednesday in the New York Times.

Greg Smith said the Wall Street giant, which paid huge penalties for double-dealing with investors in mortgage securities during the financial crisis, had dumped its old culture of honestly helping its customers make money.

Today, instead, customers are called “muppets” by top executives and staff talk about “ripping their clients off,” Smith wrote in an opinion piece.

“I can honestly say that the environment now is as toxic and destructive as I have ever seen it.

“To put the problem in the simplest terms, the interests of the client continue to be sidelined in the way the firm operates and thinks about making money,” he said in the article, published on his last day at work for Goldman.

He blamed chief executive Lloyd Blankfein and president Gary Cohn for having “lost hold of the firm’s culture on their watch”.

“It makes me ill how callously people talk about ripping their clients off. Over the last 12 months I have seen five different managing directors refer to their own clients as ‘muppets’, sometimes over internal email.”

Raking in the bucks
Smith said that when he joined Goldman, Wall Street’s largest and most powerful deal-maker, nearly 12 years ago, its culture was centred on integrity and “always doing right by our clients”.

“The culture was the secret sauce that made this place great and allowed us to earn our clients’ trust for 143 years.”

Now the company is all about raking in the bucks from clients in any way possible, he said.

“Today, if you make enough money for the firm [and are not currently an axe murderer] you will be promoted into a position of influence.”

Goldman rebutted Smith, insisting it is focused on the client.

“We disagree with the views expressed, which we don’t think reflect the way we run our business. In our view, we will only be successful if our clients are successful. This fundamental truth lies at the heart of how we conduct ourselves.”

Smith said that while at Goldman he had advised clients handling more than a trillion dollars. His last position was London-based executive director and head of Goldman’s equity derivatives business in Europe, the Middle East and Africa.

Rising criticism
In an internal letter to staff released to the media, Blankfein and Cohn characterised Smith as simply one of nearly 12 000 employees holding the title “vice-president”. They said there would always be “people who could feel disgruntled” in a company of 30 000 employees.

But the opinion piece echoed the rising criticism of the firm as symbolic of investment bankers who allegedly rake in billions of dollars as they wreak havoc on US business and the economy.

In 2010, Goldman paid a then-record $550-million to the Securities and Exchange Commission to settle charges that it sold dodgy mortgage-backed securities to investors while simultaneously betting that they would fall in value.

And last month a judge took Goldman to task for standing to profit handsomely on both sides of the deal as it advised gas pipeline operator El Paso Corporation to accept a $21-billion takeover offer from rival Kinder Morgan.

The judge pointed out, as did El Paso shareholders who said the offer was too low, that Goldman had two board seats and a 19% stake at Kinder, and its chief El Paso adviser owned $340 000 of Kinder shares.

Hypocritical
Smith was both lauded and assailed throughout the financial community and media for his stance.

Some called him brave and honest, while others said he was hypocritical and even naïve about how business is done in the investment banking world.

But former Federal Reserve chairperson Paul Volcker, speaking in Washington, said the article reflected a change of market mentality over the past 15-20 years.

The shift came from a combination of investment banks shifting toward trading their own books and of Goldman’s conversion from a partnership to a public company.

Goldman “like other investment banks became a trading operation rather than a largely customer-oriented underwriting M&A [mergers and acquisitions] kind of operation”.

“And that changed the mentality and I’m afraid it’s a business that leads to a lot of conflicts of interest.” — AFP

Paul Handley is a former AFP bureau chief in Riyadh. He is currently the US security correspondent for Agence France-Presse (AFP) in Washington DC, covering crime, justice and US politics. His reporting has appeared in Business Insider, New Zealand Herald, AlterNet, France 24, Yahoo, The New York Times, The Times South Africa, The Globe and Mail, and the Sydney Morning Herald. He is author of The King Never Smiles about the late Thai monarch.

Trump attacks Mueller ahead of testimony on Russia probe