Zimplats cave-in expected to bring other firms to heel 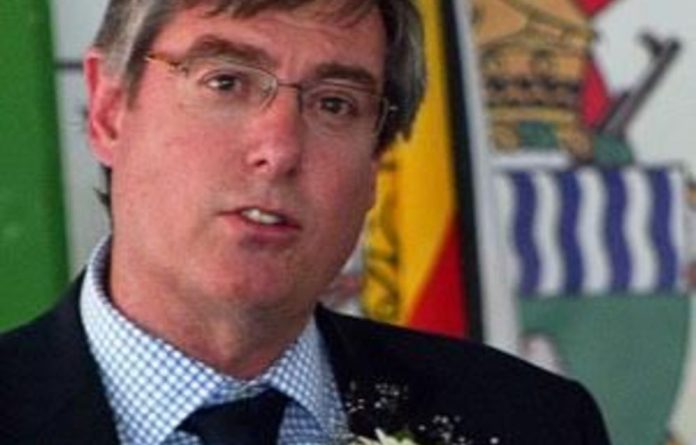 This week, the price of platinum was rising above that of gold for the first time in months and shares in Impala Platinum’s Zimbabwe unit were up 4% in Australia. But you would never have been able to tell, judging by the face of Impala Platinum’s chief executive, Dave Brown.

Impala had finally given in and agreed to hand over control of one of its most prized assets to the Zimbabwe government, and Brown had a resigned and tired look about him.

Last year, Brown had said the 51% equity requirement “just does not work“. But on Tuesday he said the deal with government “augurs well for the mining industry in Zimbabwe”.

And now, with the largest foreign investor in Zimbabwe beaten, the rest are expected to fall quickly into line.

Empowerment Minister Saviour Kasukuwere declared: “I hope this message will be understood by all mining houses in the country.”

The 51% majority stake will comprise 10% for a community trust, 10% for Zimplats workers and 31% to the National Indigenisation and Economic Empowerment Fund, a state fund that will house stock acquired from foreign firms.

There were no details given about how the Zimbabwean government will pay for the shares. According to a source, the government has placed a $370-million valuation on the 31% that Zimplats ceded to the empowerment fund, based on valuations on the Australian Stock Exchange.

When Zimplats offered up a 10% stake a decade ago, it found no serious takers — a string of potential local buyers, including a government trust, failed to put up the cash for the shares.

This valuation will likely be the source of a lengthy struggle between the two sides. It is likely, say the sources, that the government will try to negotiate a “vendor financing” deal, under which it will pay for the shares through future dividends. Zimplats, however, has said it will not declare any dividends until its current phase of expansion is over.

The new shareholders are, however, unlikely to contribute to the $500-million Zimplats is sinking into the current phase of expansion.

“The implementation will be at appropriate value and the details for the transfer of the 51% shareholding in Zimplats will be addressed by a joint technical team, comprising Implats, the ministry responsible for indigenisation and the National Indigenisation Economic and Empowerment Board,” Implats said.

Empowerment Minister Saviour Kasukuwere said no deadline would be placed on the transfer of shares.

The Implats cave-in will put pressure on other foreign companies in Zimbabwe.

Among these are Mimosa, a 50-50 joint venture between Implats and Aquarius Platinum, and Murowa diamond mine, in which Rio Tinto has a 78% controlling interest. Foreign banks, among them Standard Chartered and Barclays, are yet to fully satisfy empowerment rules.

“With Zimplats having capitulated, the other companies are going to be under pressure too,” Tony Hawkins, professor at the University of Zimbabwe’s Graduate School of Business, told Reuters.

Zimbabwe accounts for 10% of Implats’s output, and Zimbabwe’s reserves represent some of the world’s best remaining platinum potential. This gave Zimbabwe power in the negotiations, with Implats desperate to at least keep some of the business.

A Herald report on Wednesday, believed to have been written by Kasukuwere’s office, said what had lost Zimplats control of the company was what it called Brown’s “arrogant” approach to the negotiations, in which he had insisted on terms long rejected by the government.