Fisheries stink gets up MP’s nose 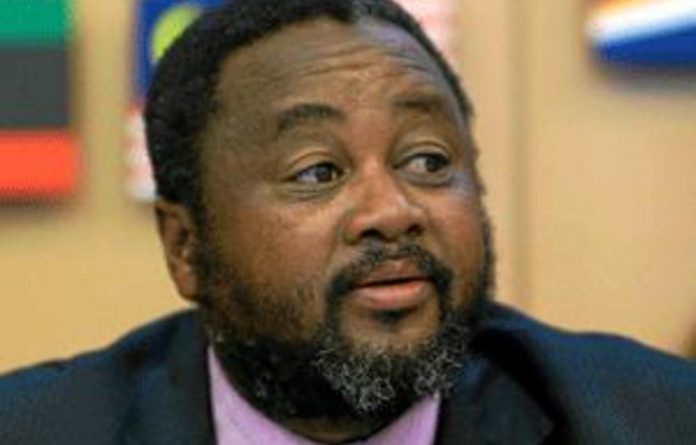 The role of the former acting deputy director general of fisheries, Joseph Sebola, in the controversial awarding of a R800-million tender to Sekunjalo Marine Services Consortium to combat illegal fishing along South Africa’s coastline is under the spotlight.

Although the contract was withdrawn recently following a court challenge against the department of agriculture, forestry and fisheries by a competing bidder and the existing service provider, Smit Amandla Marine, the furore has not died down. Causing waves is a PricewaterhouseCoopers’s review of the contract processes, commissioned by the government, which highlighted irregularities in its report and raised the red flag on Sebola’s scoring.

Sebola could not be reached for comment, but responded through the department’s spokesman, Selby Bokaba. “The individual concerned has no obligation to explain his scoring to the media,” said Bokaba. “The scoring of the bid evaluation committee was scrutinised thoroughly by the PricewaterhouseCoopers report and by our legal team. And based on the comments from the audit report and legal opinion, the department deemed it appropriate to withdraw the tender.”

According to the audit, during the second round of “functionality” scoring, for all six criteria Sebola gave Smit Amandla a score of one — “very bad”.

On the other hand, he gave the Sekunjalo Consortium a score of five — “excellent” and the highest possible score — for each of the six criteria, which included previous experience and records of achievement, ability to deliver the service and level of experience and qualifications of personnel.

“In this regard, we noted that Smit Amandla Marine has been delivering the service to the Marine Living Resources Fund for the past 10 years and thus should possess the necessary skills and expertise,” the audit report states. “It is thus questionable how they could have been awarded a one for all six criteria by Mr Sebola.”

Some bid adjudication committee members also expressed the concern that there was a second stage of evaluation because none of the prospective bidders had met the 80% requirement for the criteria during the first stage, the report states.

In the second round, the Sekunjalo Consortium was the only company to achieve the minimum points for functionality, scoring 81%. On this basis, according to the report, the bid evaluation committee recommended that the bid be awarded to the consortium.

Bokaba said Sebola was redeployed to assist the office of the director general long before the controversy started. “He was acting in the post and thus his removal from fisheries had absolutely nothing to do with the controversial tender.”

Smit Amandla has held the contract to crew, manage and maintain the research and fisheries patrol vessels for 12 years. Its current five-year contract comes to an end at the end of this month.

Bokaba said the department was still deciding which company would get the contract.

In a surprise move, Langa Zita, director general of the department, this week laid criminal charges of corruption against Smit Amandla, asking the police to investigate whether there were irregularities in past tenders awarded to the company and to its business associates.

Clare Gomes, spokesperson for Smit Amandla, said the company had not been involved in any corruption. As a “responsible black empowerment company” and the leading employee of South African seafarers it would cooperate with a police investigation, she said.

The row began in November last year when Smit Amandla applied to the Western Cape High Court to have the bid reviewed and set aside. It claimed the procurement ­process was “unfair, unreasonable and irrational”.

Smit Amandla told the Mail & Guardian on Thursday it would now be withdrawing its court action against the department.

In court papers recently submitted as part of its supplementary affidavit, Smit Amandla director Caven Leale described Sebola’s scoring as “incredible”. “The scoring gave the Sekunjalo Consortium the highest possible score on each of the criteria. On the basis of the scoring, the Sekunjalo Consortium bid was perfect in every respect,” Leale said. “By contrast, Mr Sebola gave Smit Amandla Marine the worst possible score on each of the criteria.”

Former police detective reservist Pieter van Dalen, who is now an MP and the Democratic Alliance’s spokesperson on fisheries, is causing a stink in Parliament over the contract.

“A rotten smell still lingers around the tender process,” he said. “I’ve got a bone in my mouth and I won’t let it go. Mr Sebola must tell us what reason he had for his erratic markings.”

Van Dalen said he was waiting to hear from the public protector, Thuli Madonsela, whether she would investigate the contract, as earlier indicated, now that it had been withdrawn.
Madonsela’s spokesperson, Kgalalelo Masibi, did not respond to the M&G‘s questions.

The bid adjudication committee members were also concerned about a potential conflict of interest. Premier Fishing, a subsidiary of Sekunjalo Consortium that would be patrolling the waters, had already been granted a large number of commercial fishing quotas.

According to the PricewaterhouseCoopers report, Sekunjalo and Premier Fishing each submitted two bids, using the 2010 annual report for Sekunjalo Investments Limited for its financial information.

Cherie Hendricks, corporate affairs director of Sekunjalo, said it was always a condition of the tender process that a “rigorous contract negotiation process” would be imposed to ensure a separation of interests between Sekunjalo’s stake in Premier Fishing and its participation in the contract.

Hendricks said she believed Smit Amandla and its Dutch backers, Pentow Marine, were using the legal process to get “a backdoor extension” of its contract.

Hendricks, the sole director of Nkiruka Investments, which was to have been a minor shareholder in Sekunjalo Consortium, said the tragedy of the withdrawal of the contract was that black entrepreneurs would not experience the benefits.

“Nkiruka Investments is the entity in which 30 small, micro- and medium-size enterprise companies from the townships of Cape Town were to be included as part of the contract with Marine and Coastal Management,” she said.

SA at sea over illegal fishing in its waters

The new app - known as Abalobi - signals a lifeline for fisherfolk who were marginalised and never had legal rights to fish marine resources.
Read more
National

But there's no sign yet that Communications Minister Faith Muthambi will be asked to explain her role in Hlaudi Motsoeneng's rise to the top.
Read more
National

Top KZN cop Johan Booysen is hauling the state to court, claiming he was falsely accused to put a lid on his corruption-busting activities.
Read more
National

The judge in the Oscar Pistorius trial and another jurist who is a friend of Cyril Ramaphosa failed to clinch an endorsement for the new post.
Read more
Advertising
Continue to the category
Politics