Mbalula: Do the right thing, CSA (and be brutal) 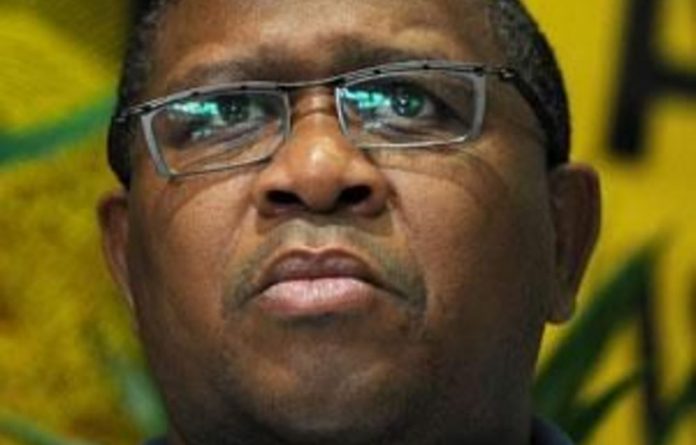 “The CSA board must undertake brutal and open introspection in order to establish if they have the ability to still command the respect of the South African public,” Mbalula told reporters in Johannesburg, exactly a week after the Nicholson report was released.

Mbalula has instructed the CSA board to notify him of their reaction to the report by no later than April 9.

“We have come to a watershed moment in the normalisation of cricket in South Africa. We welcome the Nicholson enquiry’s findings, its recommendations and hope they are implemented,” Mbalula said.

Mbalula launched the Nicholson enquiry in response to the corporate furore at CSA surrounding alleged unscheduled bonuses that were paid to various CSA board members following the successful hosting of the 2009 IPL in South Africa.

CSA chief executive Gerald Majola was at the centre of allegations that board members pocketed millions of rands and that he fraudulently claimed for transport and administrative expenses.

The enquiry established Majola received a bonus of R1 131 062 and claimed for travel worth R41 696 without appropriate substantiation.

Nicholson recommended Majola be suspended for a period of six months on full pay until he faced an independent disciplinary hearing.

Additionally, Nicholson called for the South African Revenue Service to investigate CSA’s section 21 status and check whether it complied with the requirements warranting tax breaks.

“If the board does not implement findings, we will show them how it is done. I want a blow by blow account of their reaction as well as what their intended action is,” Mbalula said.

Mbalula would not be drawn into recommending what action should be against CSA board members should the department deem their response to be unsatisfactory, saying he’d “cross that bridge when necessary”.

“I don’t want to put the cart before the horse; I have not consulted a sangoma. At this stage nothing suggests CSA won’t comply. So it would be premature for me to comment on the next move,” Mbalula said.

But Mbalula was clear that should CSA board members be found wanting in their response, he would not hesitate to intervene.

“If people are innocent we’ll continue to work with them, if not then they necessary action will be taken. We’ve got to talk the talk and bring an end to this matter expeditiously,” Mbalula added.

The CSA board is due to meet on Saturday morning in Sandton to “further consider” the implications of the Nicholson Enquiry’s findings.

Initial indications suggest Majola will not accept the findings, despite acting CSA president AK Khan and the audit and risk committee chair John Blair both resigning at a board meeting on Wednesday evening.

Sapa reported before the resignations that Majola would seek a three-month leave of absence as a response to the Nicholson report.