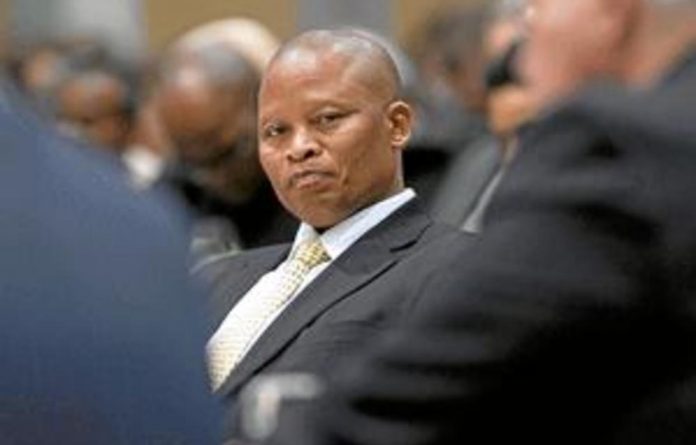 Pressure is mounting on Chief Justice Mogoeng Mogoeng as increasing criticism of his ethical judgment is levelled and a call is made that he be censured by the Judicial Service Commission (JSC) following his request that senior members of the judiciary attend a “leadership conference” hosted by a United States evangelist.

The response of several judges who spoke to the Mail & Guardian ranged from “astonishment” at his lack of judgment and appreciation for the separation of church and state to “deep concern” that he was “grooming judges to attend prayer meetings and bring them around to his religious perspective”.

The M&G is in possession of an email sent on behalf of Mogoeng by Memme Sejosengwe, chief director of court performance, in which heads of court, judges president, their deputies and “the most senior judge in the division where there are no deputy judges president” are “requested to be available” for an evangelical leadership conference that was held in Kempton Park, Johannesburg, this past Monday.

The “I Can John Maxwell Leadership Conference” was hosted by US evangelist and motivational speaker John C Maxwell, South Africans Mamikie and David Molapo of the I Can Foundation and Hollywood Christian motivational speaker Abner Mariri, who has appeared as guest of honour at events held by charismatic churches such as Oasis for Life.

Maxwell is a teaching pastor at the Christ Fellowship Church based in Palm Beach, Florida, in the US.

Mogoeng is a lay preacher at the Winners Chapel International Church and told the JSC during his interview for the position of chief justice last year that he accepted the nomination after praying and getting a “signal that it was the right thing to do”.

“I am one of those believers who believe that there is God and God does speak,” Mogoeng told the JSC.

According to a legal academic who spoke to the M&G on condition of anonymity, the language used in the email “was judicial language for ‘you must go'”.

Mogoeng’s spokesperson, Lulama Luti, said on Wednesday that none of the justices invited had attended the conference, for which there was a R650 registration fee that included DVDs of the various speakers.

She said that the speakers were “renowned leadership [and] motivational experts” and that the “invitation” was “extended based on the possible benefits that the judges would have accrued from the conference presentations, regardless of their religious affiliations”.

Responding to whether judges of other denominations or atheists were also directed to attend and whether this might have caused offence, Luti said: “The internal correspondence you are in possession of was sent to all heads of courts. Our experience is that leadership is essentially informed by the same principles, regardless of the faith of the facilitator.”

“There was no prayer on the day,” said the pastor of Hope Restoration Ministries, Chris Mathebula on Thursday. “It wasn’t a church event. They needed a venue that is neutral, where you can have business people come as well as people from the township, so we rented them the venue.”

Commenting on the matter to the M&G, constitutional law academic at the University of Cape Town Pierre de Vos pointed out a section of the draft code of judicial ethics that states: “A judge does not lend the prestige of the judicial office to advance the private interests of the judge or others.”

De Vos said: “By asking judicial leaders to attend this seminar, the chief justice is thus promoting a private money-making scheme and in my view was in breach of this draft code, something that might well lead to censure by the JSC if it were to take its responsibility seriously and wanted to comply with its constitutional duty to protect the dignity and impartiality of the judiciary.”

JSC spokesperson CP Fourie said the commission would “first have to consider considering the matter” before it could decide to censure Mogoeng.

“Matters like these are usually dealt with during a sitting of the JSC [the next is scheduled for mid-April], but if a matter requires a special sitting of the JSC, we do so.”
Fourie said the JSC process would “take its course”, but that the public could “direct a complaint to the JSC secretariat” at any time.

Luti later refused to talk to the M&G about the concerns raised by judges, academics and lawyers about the chief justice using his office to proselytise among the judiciary.

She would also not respond to concerns that Mogoeng’s request was contrary to the basic principle that the judiciary was a secular institution and the “separation of church and state was absolutely imperative in a secular democracy as ours is”, as one senior judge told the M&G.

A senior legal academic said non-attendance by the upper echelons of the judiciary “raised questions about Mogoeng’s authority and whether judges respected his views and his leadership”.

A senior judge, who spoke to the M&G on condition of anonymity, said he had “only read the invitation to a prayer meeting [six days after it had been sent out] when I received a call from the media”.

Another senior judge said that he had not passed the invitation on to other judges in his division as “rosters are set well in advance and we are a busy division. To send a judge away for this conference would have been detrimental to the delivery of justice.”

Judges contacted by the M&G also raised concern about the religious insensitivity of the request, because not all judges are Christian. Some on the email list are atheists, “universalists”, Jews or Muslims. Other concerns involved questioning Mogoeng’s cognisance of constitutional freedoms, such as those of religion and association.

One judge was critical of the blurring of church and state. “The courts are meant to be secular and to uphold the Constitution, not a religious line, so this is very troubling.”
Richard Calland, associate professor of the public law department at the University of Cape Town, said the “issue of whether Mogoeng’s religion would have a strong influence on his leadership had cropped up during his [JSC] interview, and this invitation to the judges appears to be in the realm of what people were concerned about when they raised it”.

Motivating in tongues
John Maxwell is well known for drawing crowds that pay well in very different parts of the world. A three-day conference he headlined in East London this week carried a price tag of R45 600 a delegate.

Though Maxwell describes himself as a speaker who happens to be a staunch Christian, he has been closely linked to the religion all his life.

His father was a minister and he holds several degrees in theology. He was a pastor for 14 years before going into writing and speaking full time, but has since often appeared at various churches as a guest pastor.

Maxwell has written more than 60 books, with titles such as Ethics 101, Relationships 101, Equipping 101, The 21 Indispensable Qualities of a Leader, The 21 Irrefutable Laws of Leadership and The 21 Most Powerful Minutes in a Leader’s Day.

Maxwell has sold more than 19-million books and his various organisations have trained more than five million people.

In 2009, Maxwell was arrested at Palm Beach airport in Florida after a handgun was spotted in his carry-on luggage. He later said a member of a church in Alabama had given him the gun several days before, as a gift to his wife, and he had simply forgotten about it. — Phillip de Wet