MTN under pressure to quit Iran 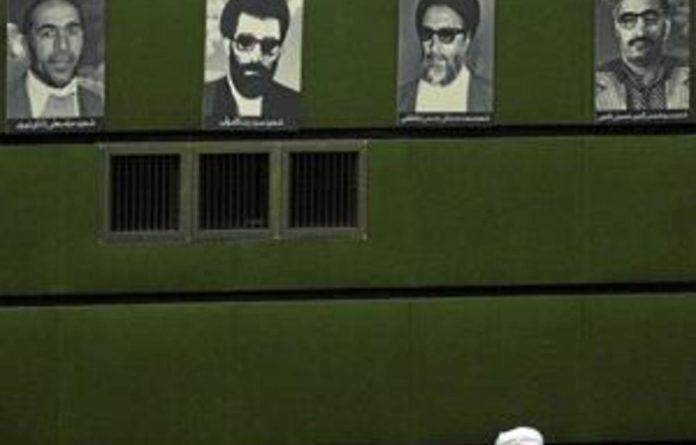 MTN, Africa’s largest mobile network operator, is now locked in around-the-clock talks with Iranian authorities about its 49% telecoms stake in Irancell. The Middle East country has become the target of sanctions by the United States and the European Union for its nuclear ambitions.

MTN has been playing a diplomatic tune in terms of its operations in Iran and has given a commitment that it will ride out the fluid political situation.

But the company is aware that it risks losing its entire multibillion-dollar investment and infrastructure if the US suddenly decides to move in and bomb oil-rich Iran.

Right now, though, it has an obligation to its 34.6-million Irancell subscribers, its staff and its 51% business partner, the state-owned Iran Electronic Development Company.

MTN paid €300-million for its 49% stake in Irancell. It has admitted that it is already finding it a “challenge” to get its money out of Iran because of tightening Western standards. It plans to spend R1.3-billion in capital expenditure there this year, up from R1.2-billion last year, and expects to sign four million new subscribers.

Some argue that it would make sense for MTN to walk away and patch up some of its reputational damage, given the campaign by United Against Nuclear Iran that calls on investors and institutions not to do business with MTN unless it ends its partnership with the Iranian regime. The campaign claims that MTN is “a liberating force for Iranians”. There are also corruption claims by Turkcell hanging over MTN.

But the issue is more complex: cutting off mobile and telecoms operations in troubled countries like Iran means that the people on the ground will be worse off because they will not have any means of communicating. Vodafone had similar issues in Egypt during the Arab Spring.

That does not mean that MTN has not recognised all the red flags. Sources in London said that MTN wanted to off-load its 49% stake in Irancell, but the negotiations had been made more difficult by Turkcell’s allegations that:

The Iranian and South African governments and MTN have denounced these claims as having no legal merit. MTN announced a zero-tolerance approach to corruption and commissioned an independent inquiry last month, led by fearless South African-born Lord Leonard Hoffmannn, a former British Supreme Court judge.

Hoffmann and his team have been gathering information and he is hoping to announce his findings in a few months.

SA under pressure from the West to sever ties
In the meantime, South African government officials are also engaged in intense negotiations behind the scenes. South Africa has not imposed economic sanctions on Iran, partly because it sources about 30% of the country’s oil supply from that country, but the government is under pressure from the West to cut ties with the Arab state.

In the meantime, MTN turned up the heat this week and launched a pre-emptive move to squash any further reputational damage by accusing Turkcell, the losing bidder in the 2005 mobile race, of trying to extort money from it.

It said talks with Turkcell, which in February announced its intention to file corruption lawsuits against MTN under US laws, had broken down.

Turkcell’s allegations received some supporting context this week when Ewan Sutherland, a visiting adjunct professor at the University of the Witwatersrand, released a report saying that corruption had become endemic in the telecommunications industry worldwide — and particularly in emerging markets.

Sutherland told Techcentral website that bribery was a big problem and took various forms, from “payments in cash” and “deposits in offshore bank accounts” to shares “concealed through offshore financial centres”.

The most common beneficiaries were regulators, government officials, corrupt businessmen and even presidents and sovereigns and their immediate families, he said. MTN would not respond to this claim, saying it had faith in the Hoffmann inquiry to unravel the truth.

Whereas Hoffmann will rule on whether MTN was involved in bribing officials, Turkcell’s reputation and credibility are also under suspicion. Questions are being asked about its bid to challenge MTN’s alleged corruption in the US courts. It is not Turkcell’s first fight against its failure to secure the licence; MTN is just the latest target.

Turkcell and its subsidiary, East Asian Consortium, have previously brought a string of legal suits. In late 2005 East Asian Consortium started proceedings against the Iranian telecommunications ministry that were ultimately unsuccessful. The company started arbitration proceedings in 2008, arguing that Iran had failed to abide by the provisions of the agreement on reciprocal promotion and protection of investments and seeking compensation for damages. The arbitration process is still pending.

Infighting within Turkcell and battles between shareholders, regulatory fines and a string of litigation has been reported. The Turkish telecoms company was founded by Mehmet Emin Karamehmet, still a major shareholder and one of the richest men in Turkey.

He has been fighting his own battle with Russian partner Altimo. Two weeks ago he won some relief in his attempt to retain control of Turkcell.

Reuters reported that Britain’s Privy Council quashed an order against Karamehmet’s Cukurova Holding. The company had been ordered to deposit $1.45-billion pending the outcome of its dispute with Altimo, which had hoped to be awarded Cukurova’s 13.8% stake in Turkcell, if the funds were not deposited by the March 5 deadline.

Turkcell also planned to bid $1.4-billion for a Bulgarian operator called Vivacom, but this plan had reportedly failed. The infighting and financial trouble are part of the reason MTN is claiming extortion.

Turkcell would not respond to questions on why it was enlisting the aid of the US courts and it is unclear what its defence will be, considering that neither it nor MTN operates in the US. MTN believes the exercise is time-wasting and opportunistic in the light of the escalating diplomatic battle in Washington over Iran.

The US courts are unlikely to accept jurisdiction, but South Africa joined the Organisation for Economic Co-operation and Development’s anti-bribery convention in 2007. It prohibits the bribery of officials and South Africa is legally bound to enforce it.

It may be wise for MTN to exit Iran, notwithstanding the political ramifications. The situation could affect future bids, including its potential offer for Vodacom’s assets in the Democratic Republic of Congo.

Operators must work together — if each network picks which sites to zero-rate, access to information will be determined by the colour of a person’s sim card
Read more
Advertising
Continue to the category
Education