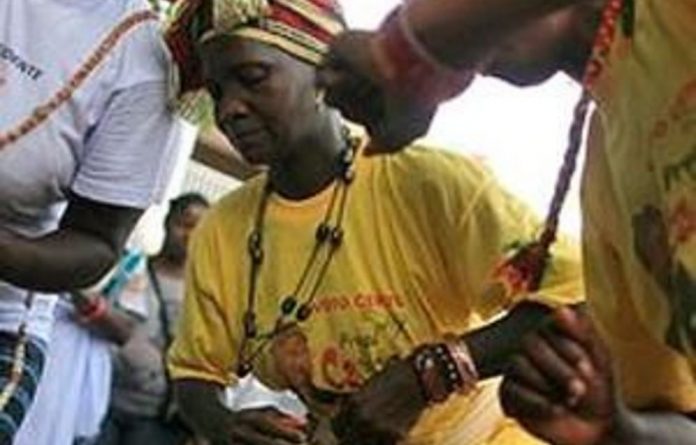 Wearing the same wool cap with a pom-pom made popular by Guinea Bissau’s independence leader Amilcar Cabral in the 1970s, presidential hopeful Carlos Gomes Junior sits in his courtyard in the shade of a fruit tree.

His calm demeanour is remarkable considering it is the last day of election campaigning in the coup-prone West African country eager to prove its democratic credentials and shake off a reputation as a failed state and major drugs smuggling route.

“Our objective is to win the elections in the first round,” said Gomes Junior, a long-serving prime minister who quit last month to run as the ruling PAIGC party’s candidate for president.

The 62-year-old former banker is keen to point out his party was forged in the struggle for independence from Portugal that came in 1974 — a key part of its enduring popularity.

But he says the country now needs international rescue from its problems, mainly in combating the drugs trade and reforming the army — a force of some 8 000 in a tiny country of 1.6-million that has repeatedly interfered in politics.

Early election
“We have a lot of things to do, and we are counting on our bilateral and multilateral partners,” he said. “Guinea Bissau is a fragile country and we can not do it alone.”

Sunday’s election was set early to replace former leader Malam Bacai Sanha who died in a Paris hospital in January after a long illness.

The poll represents a chance for Guinea Bissau, whose weak governance has made it a haven for Latin American drugs smugglers seeking a stop-off point to Europe, to “build the foundations for peace, stability and development,” according to the UN mission here.

An estimated 800-1 000 kg of cocaine are flown into Guinea Bissau every night en route to Europe, according to a leaked US diplomatic cable from 2009, with an unknown amount arriving to the unpatrolled jigsaw of mangrove-lined creeks and islands that make up its coast by sea.

The challenges are huge in a country whose main official export is cashews: an ordinary Bissau Guinean lives on less than $2 a day, and military meddling, political assassinations and health problems have prevented any president from serving a full term since multiparty politics began in 1994.

Richest
Gomes Junior’s rivals include Social Renovation Party leader Kumba Yala — a former president who claims ethnic ties with the mostly Balanta military – and Manuel Sherifo Nhamadjo, who quit the PAIGC to run as an independent.

in the capital, Gomes Junior still looms large as the likely favourite. Reputed to be Bissau’s richest man, his personal wealth has allowed him to plaster campaign posters and hand out T-shirts at a rate others cannot match.

Gomes Junior says his appeal comes from his long record as prime minister during which he says he fought drugs smuggling, pushed for army reform, and worked with foreign partners to cut debt and draw investment.

Opposition leaders have hurled scorn at him claiming the government he ran until recently is organising an unfair poll.

Top military officials in Bissau have been accused by the United States of being drugs runners, and diplomats say the army is aware of, if not involved in, every cocaine-filled plane that lands on its soil. Gomes Junior’s critics say he is complicit in the trade, a charge he denies.

More help needed
“The government has done everything possible, with the collaboration of the UNODC, INTERPOL and all our partners to combat narcotics trafficking. We’ve put in a lot of effort, but as you know Bissau is a very fragile country and requires help. We alone, cannot combat narco-trafficking.”

“This requires money,” he said.

“We think now the conditions exist in Guinea Bissau for the economy to take off,” he said, citing a bauxite mine and port project in the country’s south announced by Bauxite Angola in 2010. He said construction on the project should start soon, once an environmental impact study is complete.

While Guinea Bissau has won debt relief from the Paris Club of creditors and a credit line worth $33-million from the International Monetary Fund (IMF), Gomes Junior said more help was needed from foreign partners.

The EU withdrew its support for Guinea Bissau’s army reform effort in 2010 after a coup within the military changed its leadership, though Angola has since stepped in with a $600-million line of credit and more than 100 troops.

“We’re also waiting for help from (West African regional bloc) ECOWAS and other friendly nations,” he said. “We need to organise a republican army that respects the political power, and we want a defence force that is modern and well-equipped to help fight drugs smuggling and international crime.” — Reuters