Malema: I am being treated like a leper by the ANC 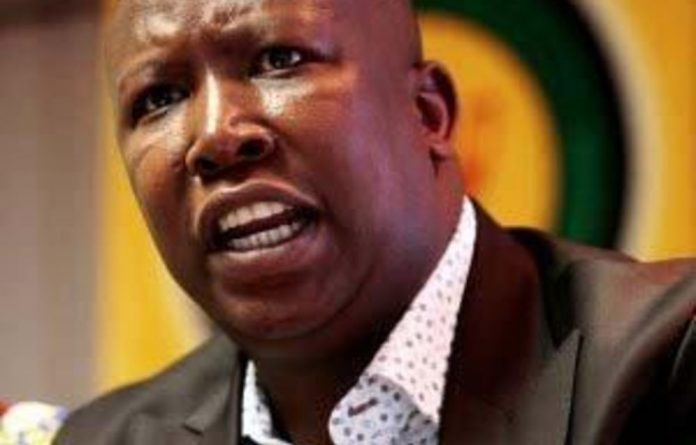 According to a report on Saturday, embattled ANC Youth League leader Julius Malema has said while juniors should respect seniors, this must not dictate the policy of an organisation,

The Weekend Argus reported him as saying that he and his colleagues had been “judged without any consideration” by the African National Congress (ANC) and had been treated as if they had leprosy.

“In the 80s there was a time when the ANC was effectively dead, and many leaders won’t admit to this. But it was the youth who got impatient with the older leaders, and this led to the creation of the youth league and the ANC was revived and fought the regime,” he was quoted as saying.

Malema was addressing a cadre forum at the Khayelitsha Resource Centre in Cape Town on Friday night.

According to the report, hundreds of his supporters, wearing their trademark berets, waited hours for him to arrive.

A throng of police in body armour surrounded the building. A fracas broke out when ANC supporters arrived to taunt his supporters with banners bearing the messages “Free us from Juju” and “We stand by the NDC decision”.

TV stars
Malema said the ANC had charged youth league leaders before even meeting them.

“They don’t know the youth league, or their role. The only time they get to know us is when they see us on TV,” the newspaper quoted him as saying.

Malema is currently appealing against his expulsion from the ANC after its national disciplinary committee found him guilty of sowing divisions in the party and bringing it into disrepute. — Sapa