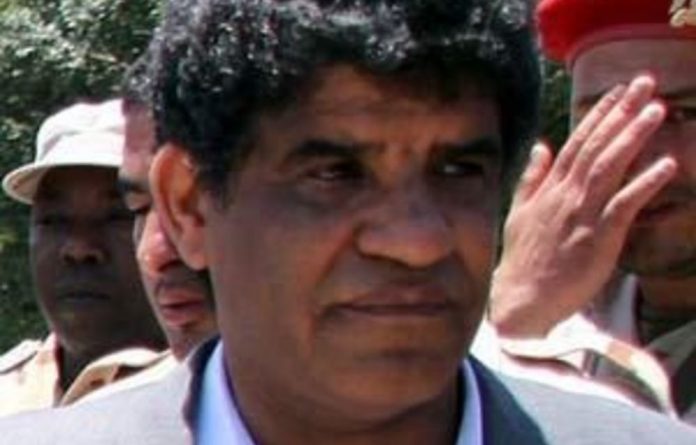 France and the International Criminal Court (ICC) have filed formal requests with Mauritania to extradite Libya’s ex-spy chief Abdullah Senussi, a security source said on Sunday as Tripoli insisted that it should put him on trial.

“For the time being, two requests have been received by Mauritania. One from France arrived on Saturday and the second from the ICC on Sunday,” the Mauritanian source said.

Libya is determined to try the feared former right-hand man of fallen leader Muammar Gaddafi who is wanted by The Hague-based ICC for crimes committed while trying to crush last year’s uprising.

“Our courts are very good, even excellent, especially in Tripoli and we are able to carry out his trial according to international standards,” Justice Minister Ali Hmeida Ashur said on Sunday.

However, Amnesty international on Saturday said that Senussi should be tried by the ICC in the absence of a functioning judiciary in Libya.

Senussi was arrested late Friday night at Nouakchott airport as he arrived on a regular flight from Casablanca in Morocco carrying a fake Malian passport.

On Saturday Libyan government spokesperson Nasser al-Manaa said that the prosecutor general had sent an extradition request to Mauritania through Interpol.

No bilateral agreement for extradition exists between Libya and Mauritania. However a diplomatic source said the country may rely on a judicial assistance agreement linking countries of the Arab League.

Senussi faced an international arrest warrant after a Paris court sentenced him in absentia to life imprisonment for involvement in the downing of a French airliner in 1989.

Crimes against humanity
The airliner was brought down by a bomb on September 19 1989 over Niger. The UTA flight was carrying 170 people from Brazzaville to Paris via N’Djamena.

That attack — along with that a year earlier against a PanAm jumbo jet over Lockerbie, Scotland, in which 270 people were killed — led to a UN-mandated air blockade of Libya in 1992.

Senussi could also be held accountable in Libya for the Abu Salim prison massacre of 1996 when more than 1 000 detainees were gunned down.

The ICC issued an arrest warrant for Senussi on June 27, saying he was an “indirect perpetrator of crimes against humanity, of murder and persecution based on political grounds” committed in the eastern city of Benghazi.

Police in Mauritania, which was not a party to the treaty that set up the court, said officials there wanted to investigate Senussi with Interpol before considering any extradition requests. — AFP