Afghan woman fights out of the box 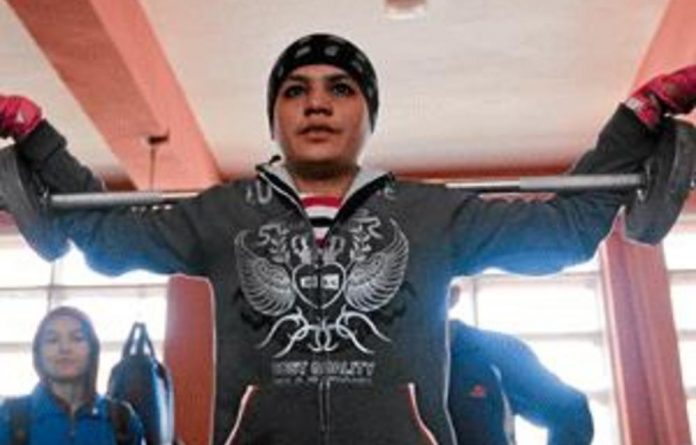 If it is unusual to see a woman representing Afghanistan at the Olympic Games, her choice of sport is even more surprising. Sadaf Rahimi, the only female member of the national team and only the third female Olympic athlete to represent the country, is a boxer.

Now 18, in her early childhood years women were banned by the ruling Taliban from playing sport.

She now trains at the Ghazi stadium in Kabul, where the old regime would stage public executions.

Rahimi started boxing four years ago after seeing Laila Ali, Muhammad Ali’s daughter and a former professional boxer, fight. “It made me realise a woman can do this,” Rahimi said through an interpreter by phone from Cardiff University, where she has been training for the past few weeks.

In Afghanistan, she said, not everybody approved of women’s boxing. “Many people think girls should stay at home. My aunt was not happy at all that her niece should be doing this sport.”

Runs in the family
Her older sister, Shabnam, is also a boxer — both girls featured in the documentary The Boxing Girls of Kabul — and her parents, she said, “are really supportive”.

Her father, however, had been threatened because he allowed his daughter to box. “Some people are not happy that I do this type of sport. They look at me badly,” she said.

Last week Afghanistan’s president backed a “code of conduct” for women, issued by clerics, which included encouraging segregation and allowing men to beat their wives. There are fears that the gains women have made since 2001 will be reversed in negotiations for peace.

Rahimi has seen things improve for women in the past few years but, “peace will create the platform to get equal rights. The only thing that would give me hope is peace.”

Wearing boxing clothing that cover her arms and legs, Rahimi trains just three days a week for an hour a day at the stadium, where security is provided, but continues her training at home.

The women’s boxing team was established by the Co-operation for Peace and Unity in 2007, to encourage girls and women to get involved in sport under its Fight for Peace project.

It has been funded by the charity and Oxfam. “We don’t have many facilities,” Rahimi said. “Boxing in our country is not big enough to be a future career.”

In May she will fight in a competition in China, then at the London Olympics, which take place from July 27 to August 12. —