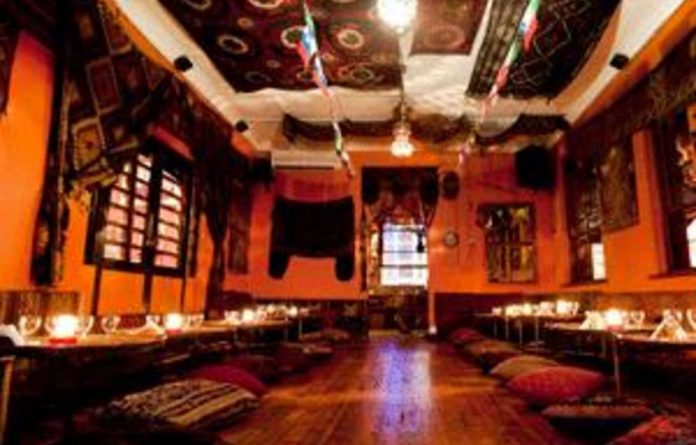 On March 21 Kurds everywhere will celebrate their most important festival, Newroz, the spring equinox and the first day of their calendar.

According to legend, the Kurds lived for 2 500 years under a tyrant who had snakes coming out of his shoulders; the monster was so evil that spring ceased to come.

Today the festival is a rallying point for a unified state for Kurds, especially in Syria and Turkey, and some Turkish commentators expect riots this year. But there is also dressing up, singing, dancing, lighting bonfires and young men leaping over the flames, and picnics (seyran) are popular too.

The Kurds are not a nation familiar to most South Africans, although there is a Kurdish Human Rights Action Group based in Cape Town. They are an Islamic Indo-European people unhappily spread across several countries such as Iraq, Iran, Syria, Armenia, Azerbaijan, but mostly in Turkey, where there are more than 11-million Kurds.

The Kurds have established the autonomous regional authority of Kurdistan in Iraq. It is regarded as a success story — reasonably governed, growing and mostly peaceful. But in Turkey, in the Kurdish-inhabited region of Anatolia, there has been mounting political dissent and allegations of brutal suppression.

It is not surprising then to find some nationalist literature (and, interestingly, a recruitment pamphlet from the Kurdish Outreach Ministries, an evangelical Christian organisation) included with the menu at the first and oldest Kurdish restaurant in South Africa.

Mesopotamia opened in 1996 and as a Capetonian I dutifully paid a visit. (We Cape Town folk loyally used to go to every new restaurant in the days when we could still keep up with the number of places.)

The restaurant is on the second floor of an old building in Long Street and is reached by climbing a vintage wooden staircase.

The novelty of sitting on the floor and eating with your hands
Sitting on the floor was still a novelty then, as was eating with your hands at Biesmiellah in the Bo-Kaap. Some people find it awkward, but once you have kicked off your shoes and settled in, it is perfectly comfortable. Reclining on the handmade kelim cushions at traditional round tables, with large copper tray insets, and being surrounded by carpet-hung walls create a convivial atmosphere. The food takes about an hour to appear, the reason given that everything is made from scratch in a wood-fired tandoori oven.

The food is halaal and wine is served. Start with the mezzes and naan bread. You might try lahana (cabbage stuffed with mussels, spicy rice, nuts, currants and cinnamon), lor (crumbled goats milk cheese with butter, parsley and cucumber) and kizartma (fried brinjal, green pepper, baby marrow and garlic yoghurt).

I found most of the mezzes to be big on garlic. The portions are ­reasonable and pretty soon your plate is overflowing.

For mains, lamb features strongly in various traditional stews, wrapped in naan bread or as kebab: iskender (with garlic yoghurt and tomato sauce), haran (with spinach and spiced with chilli, served in a clay pot) and yagni (lamb chops, spiced and cooked with pickled onions).

With the mezzes, there is plenty for vegetarians: guvech (oven-baked vegetables in clay pots with cheese) and badiljane tijikiri (aubergines stuffed with vegetables, served with garlic yoghurt and salad).

Music and belly-dancing is part of the experience
At some point in your meal you will be blasted with music and belly-dancing. The cover charge is R10 and obligatory. Half-naked, pale women, who have convinced themselves they are practising a great and ancient art, as opposed to George Bernard Shaw’s observation of it being “a perpendicular expression of a horizontal desire”, will entertain you. It is somewhat interactive and diners are invited to participate at the end of the floor show; few decline. Fortunately, the last time I went the dancer was Beverly. She really lifts the standard.

For dessert there is a choice of baklava (phyllo pastry with pistachio and walnuts); kaysi dolma (apricots stuffed with cream and almonds) and sutlatch (an oven-baked rice pudding).

After dinner, those inclined can smoke hookah pipes. The tobacco is flavoured with molasses or dried fruit pulp.

Mesopotamia is an ideal venue for a celebration or boisterous party strung out over the course of an evening. There are few things to break and it is not far to fall.

The owner also has the eponymous Baran’s restaurant, theatre and shisha lounge just off Greenmarket Square. The menu has many Kurdish dishes, but also local favourites such as Greek and Caprese salads, Cape Malay seafood curry, fish and chips, fillet (including ostrich and springbok) and ice cream and hot chocolate sauce. I recommend the mezze platter selection and do not miss the splendid, strong, syrupy Kurdish coffee. Kurds are traditionally fond of black tea too.

As we in the southern hemisphere move into fine autumnal days, sitting out at one of the sidewalk tables is very pleasant. There is also balcony seating upstairs with great views of the city centre.