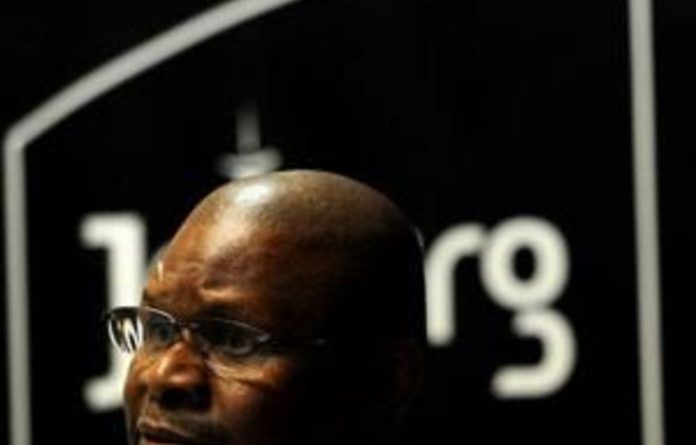 Johannesburg aims to resolve about 66 000 outstanding revenue related queries to address the billing crisis, the city said on Monday.

“The backlog is being dealt with expeditiously. As of October 31 we had a total of 136 000 outstanding revenue related queries. As of March 13, we narrowed this down to 66 000 and plan to deal with the outstanding queries by June this year,” mayoral committee member Geoffrey Makhubo told reporters.

Makhubo added that all new queries would be dealt with in 30 days.

The Jo’burg billing crisis has been a bone of contention since July 2010, when Project Phakama — designed to improve the city’s billing system — was introduced.

In many cases, residents did not receive statements for basic municipal services for several months, while many others receiving statements claimed to be grossly overcharged.

Phakama aimed to reconcile the details of all Johannesburg rate-paying residents under one system, but allegedly caused massive confusion due to “wrong information amalgamation”.

“We are hoping to be completely out of the woods by June 2013 but in the meantime we will soon be introducing a customer charter, which will address accountability for non-performance in the city,” said Makhubo.

The newly unveiled plan follows a meeting between city officials and deputy minister in the presidency for monitoring and evaluation, Obed Bapela.

“We received around 8 000 queries on the presidential hotline regarding issues in Johannesburg and we wanted to find out how city was attending to them. For the moment we are quite happy with the way the city responded to our queries,” said Bapela.

As this meeting takes place a few months after central government took control of several provincial departments in Limpopo, Gauteng and the Free State, Bapela was quick to dispel any rumours of President Jacob Zuma wanting to flex his political muscles.

“This does not amount to presidential intervention. We are merely responding to the queries of our citizens. If any municipality is grossly mismanaged or near collapse it would be the ministry of finance that would intervene. We are here only to evaluate performance,” Bapela told the Mail & Guardian.

Bapela said the ministry would return in September to monitor progress on the matter and that the presidency is planning to visit other municipalities to monitor performance and service delivery.

But opposition parties and civil society are not convinced the new plan will bear fruit.

Democratic Alliance leader in the Johannesburg city caucus Mmusi Maimane said that the plan is “credible” but he fears there wouldn’t be the “required capacity” to execute it.

“The city has set themselves quite a challenge. Dealing with the backlog in such a short space of time is going to be difficult,” said Maimane.

Lee Cahill, founding member of civil society group Johannesburg Advocacy, said it would be “virtually impossible” to clear the backlog by June.

“There is nothing in the way they have handled this process to date, to suggest this new plan will be successful,” Cahill told the M&G.

Cahill suggested the city’s billing and revenue collections functions should be outsourced.

“The city has proved time and time again to be unable to handle these vital services. The ultimate solution would be to outsource or billing and revenue collection to several recognised and successful service providers,” said Cahill.

Linda Twala — the father of the nation of Alex