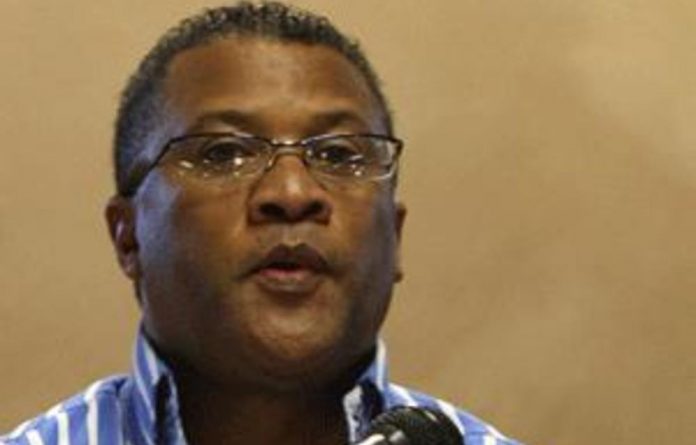 The Proteas awoke on Thursday morning to the news that Cricket South Africa’s acting president, AK Khan, had resigned. It was just the sort of start to an important Test match the players did not need.

Only the performances and results of the national team have prevented the reputation of cricket’s local governing body being dragged to the lowest of the low.

The team manager, Dr Mohammed Moosajee, has been forced to tread a fine line as an employee of CSA and the leader of a group of professionals whose only choice for much of the last two years has been to distance themselves as far as possible from their employers to preserve their own integrity.

“The side is very well informed by Doc Moosajee — he’s very clear and honest about what is happening back home, but ultimately we don’t have much control over that,” Smith said before the Test began.

“We just try to focus on maintaining the Proteas brand and the only way we know how to do that is to manage ourselves on tour, behave well and make sure we’re doing everything we can to perform well.

“Getting good results is the most important part of that. We just hope that we can strengthen the brand with our achievements and results on tour and give the fans something to be supportive about.”

Moosajee knows the ins and outs of SA cricket
Apart from almost a decade of touring with the team as either medical doctor or manager, Moosajee has extensive experience of boardrooms and committees and a finely tuned understanding of the big picture. He remembers CSA’s four-year financial forecast in the mid-2000s predicting a “break-even” situation — and many thought that was optimistic.

He was right at the coalface during the team’s remarkable 2008 season, when they beat both England and Australia in the space of six months. He also saw more clearly than anyone how directly those results led to a financial revolution that resulted in CSA having a surplus of more than R400-million and many more millions promised over the next 10 years in broadcast rights.

It is against this background that Majola and his supporters find the issue of a couple of million in bonuses and a few hundred thousand more in false travel claims petty and irrelevant. Why persecute the man — why not give him credit for a stunning turnaround in CSA’s fortunes? Others, however, suggest that inappropriate and unauthorised payments are exactly that — whether it is a million rand or a few items from the company stationery cupboard.

Khan’s resignation, with that of audit committee chairman John Blair, is opposed to Majola’s refusal to resign — or even “stand down” — and face a disciplinary committee.

Majola has said he will say and do nothing until Saturday’s meeting with the CSA board. Some have spoken privately of their desire to see the back of Majola, but others appear to have much to lose should this occur.

The increase in professional teams from six to 12 next season is not being made for cricketing reasons. It is being made for the commercial benefit of the “new” franchises whose place at the head table guarantees them a share of the revenue mountain.

And there is more to come — Pakistan and Australia are in advanced discussions about staging their Test series against each other in South Africa in July and August, while the Proteas are in England. That represents a significant potential windfall for the likes of the Eastern and North West unions.

Close affinity with Proteas
Majola’s relationship with the team has also been extremely strong over the years. He stood up to extreme challenges on their behalf, tackling not only Norman Arendse on the topic of transformation, but putting himself in the firing line of a hostile sports ministry inquiry. Just as the players understand the ramifications of the Nicholson inquiry, it would be understandable if they were wary of any Majola replacement.

“The players just want the board to do the right thing at their meeting [on Saturday],” Irish said. “There are very clear directions provided by the Nicholson report and the players now want — and deserve — a period of stability, starting as soon as possible.”

To do that, they will have to face some awkward truths about exactly what “the problem” is and how best to deal with it. “We have not been able to resolve the problem that has bedevilled our cricket for the past two years and I believe the time has come for fresh leadership to take the game forward,” said Khan.

Now is the time for his former colleagues to do the same.