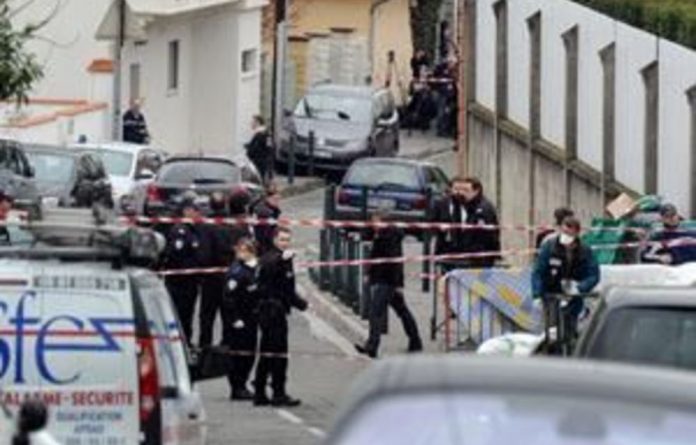 A gunman has opened fire in front of a Jewish school in a southwest French city killing several people, the Toulouse prosecutor said on Monday.

Michel Valet said there were “several dead” in the morning incident at the school in Toulouse. He said it was unclear whether the victims were children. French media have reported up to three dead, including two children but this could not immediately be independently confirmed.

The shooter drove away on a scooter, a national police official in Paris said. The official did not wish to be named in line with departmental rules.

Police cordoned off the private school in the northeast of Toulouse, and some two hours after the shooting children were still in the school.

President Nicolas Sarkozy accompanied by Richard Prasquier, the president of CRIF, the umbrella group representing Jewish organisations, were heading to the site of the private school, the president’s office and CRIF said.

The shooting occurred about 8:10am just ahead of the start of classes in most schools.

The shooting happened in the same area where a gunman on a motorbike opened fire on three uniformed paratroopers at a bank machine on Thursday, killing two and critically wounding the other.

The attack in the town of Montauban occurred not far from the soldiers’ barracks. Four days earlier, a gunman on a motorbike shot and killed another paratrooper in Toulouse, about 50km away.

Authorities said at the time that forensic analysis showed that the same weapon was used in the shootings in Montauban and Toulouse.

It was not immediately clear if all three shootings are related. — Sapa-AP