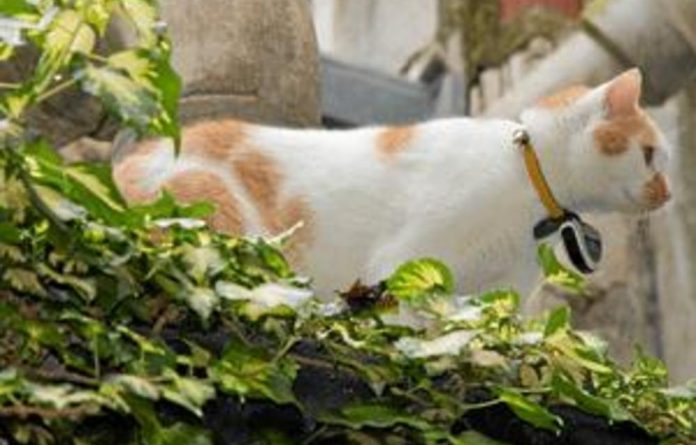 As if there aren’t enough videos of cats all over the internet, Parisian Paolo Teixeira has invented a camera your cat can wear so you can see what it gets up to outdoors.

After he lost his job in 2008, Teixeira started to wonder about his cat, Prince: “Who does he hang out with?” He borrowed €100 000 from his mum and friends and in 2010 he launched his company Eyenimal, selling an ultra-lightweight camera with a 4GB memory. A year on, more than 1 000 cameras were being sold each month.

I couldn’t resist trying it on my cat Padme. It’s a slightly odd feeling to know that your cat could be filming you — or the neighbours. There’s something voyeuristic about it all. But my qualms quickly gave way to amazement when an hour later we watched the film, en famille. Ooh, we squealed: she’s walking on the terrace railing! And what is she doing on the kitchen counter? After just an hour of film, Padme had shown us our little world from her perspective. However, without a serious amount of editing, Padme’s world would only be interesting to her family.

Teixeira is now developing cameras that are animal-specific — one for cats that will have infrared night vision, and one for dogs that is waterproof.

In the meantime, we view Padme with newfound respect, having had a glimpse at what it’s like to be a cat on a roof in Paris. —