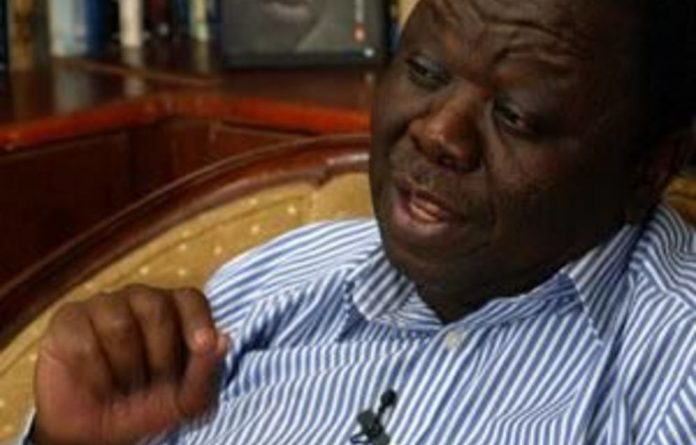 Zimbabwe Prime Minister Morgan Tsvangirai on Monday urged the world to stop President Robert Mugabe from stealing future elections but insisted his country was open for business despite its problems.

“My call to the world is, ‘You must insist on the necessary reforms to create a conducive environment for free and fair elections and a lasting solution to the crisis in Zimbabwe’,” Tsvangirai said in Monday’s London Times.

Tsvangirai won the first round of the 2008 presidential election only to withdraw after Mugabe’s Zanu-PF unleashed a wave of violence against supporters of his Movement for Democratic Change (MDC).

Mugabe was forced into a power-sharing government with the MDC but Tsvangirai feared the veteran leader would resort to underhand tactics when Zimbabweans next vote for their president.

Tsvangirai (60) warned it would be “naïve to believe Zanu-PF would willingly go to free and fair elections if they don’t have something up their sleeve,” adding he couldn’t trust Mugabe “because he speaks with a forked tongue”.

Elections are scheduled for 2013 but negotiations over a new constitution that would set out the rules for the vote have stalled on several points, including whether Mugabe (88) should be allowed to run.

Ceding power
Tsvangirai recently blamed the delay on “some amongst us who regard reforms as a way of ceding power”.

Despite its unstable politics and strict laws which require foreign companies to cede majority stakes to black Zimbabweans, the prime minister stressed that investors could yield rich returns in Zimbabwe.

He argued that Southern Africa’s former bread basket offered some of the highest rates of return in Africa, a well-educated workforce and zero foreign exchange risk due to its use of the US dollar.

Highlighting China, South Korea and Vietnam, Tsvangirai reasoned that political democracy was not a prerequisite for successful investment but admitted Zimbabwe’s foreign investment laws were a hindrance.

The prime minister, who is in London for an African business summit, called the laws “political rhetoric”, introduced by Mugabe to win votes. — AFP