‘Adapt or die’ is new message 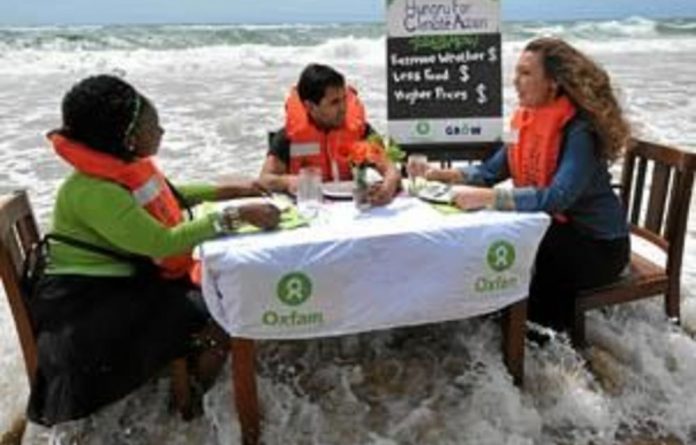 The big question after the COP17 climate change conference was how adaptation could work with ongoing development, experts said at a recent feedback session held at the University of Cape Town.

Adapting to the effects of climate change was imperative for poor people in developing countries, whose lives would be most affected. It was important to teach them how to use natural systems to adapt, said Professor Guy Midgley, chief director of the climate change and bio-adaptation division at the South African National Biodiversity Institute.

Speaking at the “What happened at COP17? Hear the inside story” session, Midgley said focused water and ecosystem-based adaptation workshops would be held for developing countries in the next two years. An interesting “architecture on adaptation” had emerged from the Durban conference, he said. Through the formation of an adaptation committee, developing countries now had a goal that encouraged economic development while trying to ensure that ecosystems adapted naturally and food production was not affected.

“Adaptation is mitigation’s little brother and has taken that much longer to emerge as a serious issue. In fact, it is now seen as a serious moral hazard,” said Midgley.

Adaptation
“We should have acted 10 years ago. Now we need really urgent action on both mitigation and adaptation,” said Harald Winkler, associate professor at the University of Cape Town’s energy research centre.

Adaptation was identified as one of the main responses to climate change in the Bali Action Plan, which was approved at COP13 in 2007. Three years later the Cancún Adaptation Framework aimed for international collaboration to boost adaptation activities. Now the International Union for the Conservation of Nature aims to include ecosystem-based adaptation in the adaptation framework being discussed under the United Nations Framework Convention on Climate Change, which has been driving international efforts to fight climate change since 1992.

Ecosystem-based adaptation means “sustainably managing, conserving and restoring ecosystems so that they can continue to provide the services that allow people to adapt to climate change … It builds on traditional knowledge, generates a range of social, economic and cultural benefits and helps to conserve biodiversity,” according to the union.

Healthy ecosystems provide a range of other natural services, such as the provision of food, clean water, shelter, firewood, fibre and medicine.

SA responds well to Global Carbon Exchange
Corporate South Africa’s response to the Carbon Disclosure Project was the second highest in the world last year – ahead of all other industrialised and developing economies.

The project is a global initiative in which the largest companies in member countries are asked to respond to questions about opportunities, risks and governance in terms of climate change.

The Global Carbon Exchange works with companies to develop and implement sustainability policies, strategies and action plans that integrate with their existing business models.

“We achieve this by assessing the direct and indirect impacts of their business models and implementing interventions that reduce these impacts and enhance business value,” said James.

Once a company’s carbon footprint has been calculated, emissions reduction strategies are developed that include the introduction of technologies and systems and changing the behaviour of different participants in the value chain.

“It is becoming more and more critical that South Africa not only follows, but that we lead the way to ensure that we remain competitive from an environmental performance perspective,” said James.

“It is time for us to all realise that we depend on the effective conservation of the environment and natural ecosystems for our survival.

“If we wipe everything out, we will perish and there will be no economic growth or prosperity.”
— Janis Theron