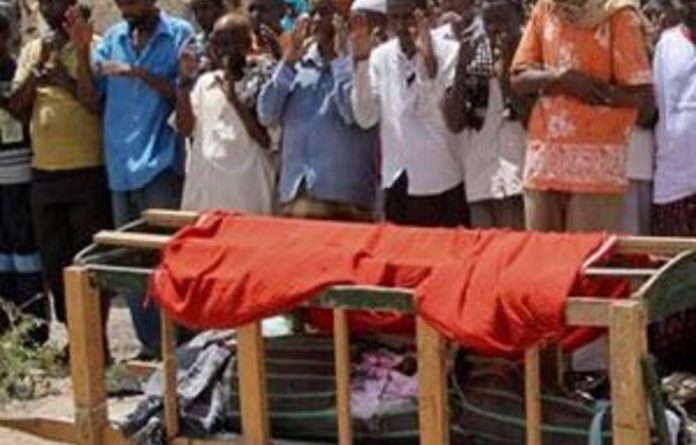 Al-Qaeda allied Islamist gunmen seized the key town of Dhusamareb in central Somalia on Tuesday, as al-Shabab commanders called on fighters to intensify attacks against government and regional forces.

“The mujahideen fighters stormed the district after attacking it from two directions early this morning, there was little fighting as the apostate militia fled the city,” al-Shabab commander Sheikh Mohamed Ibrahim said by telephone.

“With God’s help, we will be advancing onto other districts in the region,” he added.

Dhusamareb is a strategic town in the central Galgadud region controlling a key road, and its capture marks a notable fight back by the hard-line al-Shabab, who have pulled out of several key areas in recent months.

Rival armed groups have repeatedly fought over Dhusamareb, controlling it briefly until fresh attacks root them out.

Setting up base
“Al-Shabab fighters riding on vehicles mounted with guns entered the town after fighting with the Sufis, the city has now fallen and they are setting up their base in the police station,” said Abdirahman Moalim, an elder in the city.

“Al-Shabab is in full control, the other fighters [Ahlu Sunna] have left,” said Ahmed Mohamud, another resident.

The town’s capture comes as al-Shabab chief Ahmed Abdi Godane called on Islamist fighters to renew attacks against the 10 000-strong African Union force, which props up the weak Western-backed government in the anarchic capital Mogadishu.

“They [AU forces] will continue to face hard-hitting guerrilla attacks that will destroy them, just as armies that were more powerful than them were destroyed,” Godane said in a broadcast on the pro-Shabab Radio Al-Andalus.

Godane, who is also known as Abu Zubayr, also called for attacks in the northern autonomous Puntland region, which is allied to the Western-backed government.

“Mujahedeen fighters in areas controlled by the apostate Puntland government must remain unified, you must strengthen your battle fronts until you ensure the Islamic flag flies over the whole region,” he added. — AFP