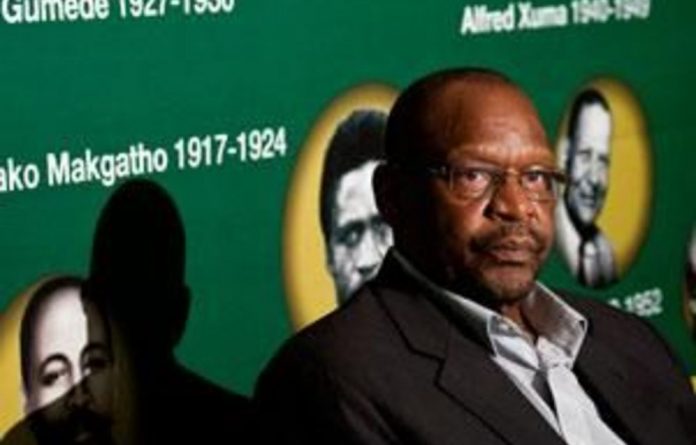 The ANC on Tuesday embarked on a charm offensive in an attempt to shed light on its controversial draft policy documents, released last month.

“This marks the beginning of a consultative process in which platforms will be created so that ordinary South Africans can better understand what is going with these proposals,” ANC spokesperson Keith Khoza told the Mail & Guardian.

The policy documents have come under fire for its challenge to the Constitution on land reform, judicial development and governance.

But Khoza was at pains to point out that Tuesday’s briefing was not about convincing anyone of the party’s standpoint.

“This is not a public relations exercise in any way. We are merely making more clear what the proposed ANC policy documents mean and what they are putting on the table,” Khoza told the M&G.

It is unclear at this stage as to when the ANC plans to host its next interaction on the policy documents and their proposals.

‘Not set in stone’
Khoza was also quick to point out that the draft policy documents in their current form are “not set in stone” as they still need input from local ANC branches ahead of the party’s national policy conference in June.

“You might find they are completely different documents based on the input by ANC members at branch level and by citizens curating our interactions,” Khoza said.

Nonetheless, in whichever way the ANC wishes to couch the policy proposals, it suggests a country vastly different to the one citizens live in.

“When we say we want African solutions for African problems, it’s not that we don’t want external help. It means we want the opportunity to decide what happens on our continent,” said Zulu.

Additionally, the ANC wants to address the perceived monopoly of the United Nations Security Council and the G20.

“The fact that you have countries that can veto on the UN Security Council is a problem for us. We need more African input there as well as in the G20,” said Zulu.

“We can’t prosper when countries around us are collapsing. We have clout but how do we use it? We must be felt but we can’t be a bully,” Zulu said.

The policy on economic transformation may be met with a lot of criticism.

Thaba Mufamadi of the party’s sub-committee on economic transformation indicated government’s role in the economy would be reviewed.

“We cannot become a regulatory body when it comes to government’s role in economy. It is important that the state has hands on the levers of this economy,” said Mufamadi.

Leading from the Presidential Infrastructure Coordination Commission (PICC) unveiled in the 2012 State Of The Nation address, Mufamadi indicated the policy documents call on government to utilise state owned enterprises (SOEs) in a “better manner”.

“SOEs have never had a clear agenda and this must change. There needs to be a balance of interests of the public and the enterprise,” Mufamadi said.

Another touted change is encouraging SOEs to work together to drive infrastructure development.

“Instead of relying on public-private partnerships, more emphasis should be put on public-public partnerships. We want to see collaboration within state entities,” Mufamadi said.

But Mufamadi was quick to point out that this would not mean private business would be excluded from doing business with state.

“We are not chasing private firms away. But they mustn’t hide behind their bank balances. They must engage with government and invest in state-run programmes,” Mufamadi said.