Chávez: The enemy of my enemy wants to kill my enemy 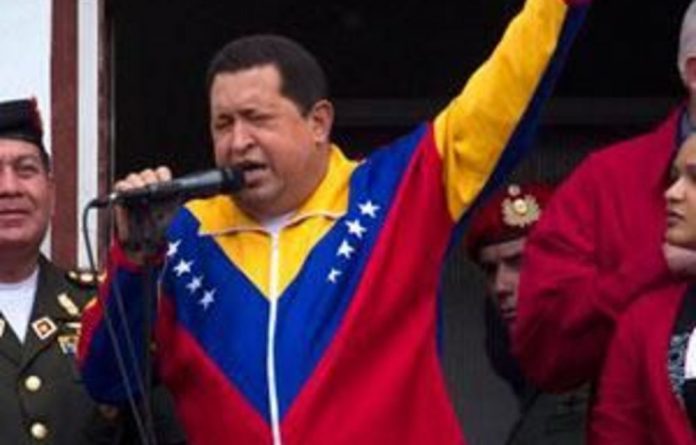 Venezuela’s President Hugo Chávez said on Monday that he had information about a plot to assassinate opposition rival Henrique Capriles, who hopes to block his bid for re-election in October.

“The head of intelligence met with a team of the Miranda governor because there’s some information out there that they want to kill him,” Chávez said in a phone call to state TV.

In an already tense election campaign, where the opposition senses it has its best chance to end the socialist leader’s 13-year grip on the South American nation, Chávez implied that the plot had come from within the opposition’s own ranks.

“It’s not the government, not at all, on the contrary.”

Chávez gave few details of the alleged plot but said his government had offered protection to the 39-year-old opposition leader and governor of Miranda state, who is on a nationwide tour to drum up support for his presidential bid.

Stoking fears of violence during campaigning among a deeply polarised population, shots were fired during a visit by Capriles this month to a Caracas slum that is a Chávez stronghold. Both sides blamed each other at the time.

“As the state, we are obliged to get on top of this situation and give protection to any Venezuelan, especially in this context,” said Chávez, who is due to start radiation therapy for cancer in coming days.

“We have taken the information seriously because of the source it has come from, and we have informed the bourgeois candidate’s security team and offered security.”

Divergent tendencies
Though Capriles is a centre-left politician and admirer of Brazil’s “modern-left” model, Chávez and his supporters portray him as the representative of Venezuela’s wealthy elite who wants to dismantle the government’s social welfare policies.

Capriles is the candidate of the Democratic Unity coalition, which groups numerous parties of widely divergent tendencies from right to centre-left. Chávez implied he believed the plot came from within opposition circles.

“It’s regrettable that from some sectors, laboratories of the opposition’s dirty war, they are launching campaigns like that, verging on crime.”

A spokesperson for Capriles said there was no immediate response from the governor’s camp.

He has been on a “house-by-house” tour around the nation with notably little security, diving in-and-out of homes and shops, normally surrounded by crowds, and traveling most of the time in a simple bus.

Chávez also condemned as “barbarous” and “brutal” the fatal late night shooting of a Chilean diplomat’s teenage daughter by police officers at the weekend in western Venezuela.

A dozen officers have been detained after police opened fire on the vehicle being driven by the brother of Karen Berendique, the 19-year-old daughter of the Chilean consul to the region.

“She was murdered by a group of police [officers] and the full force of the law will come down on them,” Chávez said. “Whatever their rank, level, or job, they have no right to use arms like that.”

Shockwaves
Local media say the teenager’s brother feared slowing down for the police because he thought it was a hold-up.

The incident has outraged Chile, sent further shockwaves through the diplomatic community after a wave of kidnappings and robberies against them and thrown a spotlight on violent crime in Venezuela that is on a par with some war zones.

“We are going to apply the law fully, check our methods and procedures,” Chávez added.

Even authorities admit that Venezuela’s police are behind a significant proportion of crimes.

“This incident is because of people who are unprepared, irresponsible, without criteria and training,” the Chilean consul, Fernando Berendique, told a local radio station.

His daughter was hit three times, once in the head. — Reuters