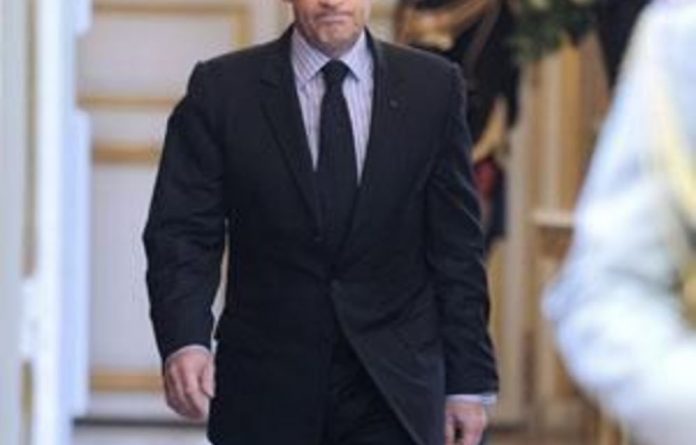 France launched a massive manhunt on Tuesday for a serial killer who gunned down three children and a teacher at a Jewish school in Toulouse, slapping an unprecedented terror alert on the southwest of the country.

With a grieving nation in shock, President Nicolas Sarkozy has declared a minute’s silence to be observed in all schools on Tuesday at 11am. He has also suspended his re-election campaign until at least Wednesday.

Monday’s massacre was the third fatal shooting in the Toulouse area in eight days by a killer using the same weapon and a stolen scooter. His first target was a paratrooper of North African origin, shot dead in Toulouse on March 11.

Four days later the cold-blooded killer shot dead two other soldiers of North African origin in the nearby garrison town of Montauban, also seriously wounding a soldier from the Caribbean.

French authorities have stepped up security at Jewish and Muslim schools following Monday’s bloody assault on the Ozar Hatorah school, and Sarkozy declared a maximum “scarlet” terror alert on the Midi-Pyrenees region.

Israel led global outrage against the “despicable murders” and identified the dead as Franco-Israeli citizens: 30-year-old Rabbi Jonathan Sandler and his sons Arieh (5) and Gabriel (4) as well as seven-year-old girl Miriam Monsonego.

Witnesses said Sandler died trying to shield his sons, and that the gunman had chased Miriam, the daughter of the school head, into the school before shooting her in the head.

Yaacov Monsonego was praying in the synagogue attached to the school when another young pupil brought him the body of his slain daughter, witnesses said.

A fifth victim, a 17-year-old boy, was wounded, but local community leaders said he was expected to survive.

Three strikes
“What is sure is that he has now acted three times, and we are concerned by the attitude of impunity that he has demonstrated,” Interior Minister Claude Gueant said, admitting that police have “no clear leads”.

“This tragedy has left the entire national community distraught,” Sarkozy declared at the scene, his voice cracking as he sent condolences to the Jewish community and the Rabbi’s wife who lost her husband and two children.

Electioneering was effectively suspended but both the right-wing incumbent and his Socialist rival Francois Hollande rushed to Toulouse to pay their respects.

“We cannot back down in the face of terror,” Sarkozy said. “Barbarism, savagery, cruelty cannot win. Hate cannot win. The republic is too strong for that, much too strong.”

France’s press said the tragedy had brought a measure of unity to France during a period of political division ahead of next month’s presidential election.

Unity of the nation
“In the space of a few hours the unity of the nation supplants the partisan rants and the bad-natured arguments among the presidential hopefuls,” the regional Midi Libre daily said.

Mixed police and military patrols can be ordered. It is the last step in a ladder of terror alerts before a formal state of emergency.

Led by a Jewish students’ group, thousands of Parisians later held a silent march through the east of the capital, passing by historic Jewish districts.

Point blank range
The Ozar Hatorah association runs a small religious school for 200 people in a quiet suburb of Toulouse, a city with a 25 000-strong Jewish minority.

The first victim in the trio of shootings died on March 11, a 30-year-old non-commissioned officer in a parachute logistics regiment who was in civilian clothes when he was shot dead in Toulouse at point blank range.

On Thursday, three more paratroopers based in nearby Montauban were shot while standing at a cash machine outside their barracks.

Two victims — sappers from 17th Parachute Engineering Regiment aged 26 and 24 — died on the spot. The third man, a 28-year-old from the same regiment, was left in a critical condition with spinal injuries. — AFP