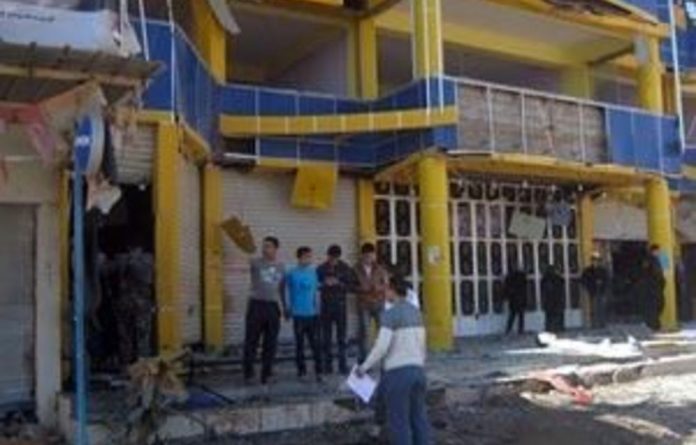 Car and roadside bombs killed at least 43 people in cities and towns across Iraq on Tuesday, police and hospital sources said, extending a spate of violence ahead of next week’s Arab League summit in Baghdad.

The meeting is seen as the country’s debut on the regional stage following the withdrawal of US troops in December and Iraq’s government is anxious to show it can reinforce security to host its neighbours.

The deadliest attack on Tuesday occurred in the southern Shi’ite Muslim holy city of Kerbala, where twin explosions killed 13 people and wounded 48, according to Jamal Mahdi, a Kerbala health department spokesperson.

“The security forces are stupid because they always gather at the site of an explosion and then a second explosion occurs. They become a target.”

Security forces are frequently targeted in Iraq, where bombings and shootings still occur on a daily basis and Sunni Muslim insurgents and Shi’ite militias are still capable of carrying out lethal attacks.

Constant bombardment
Although overall violence has declined since the height of sectarian fighting in 2006 and 2007, many Iraqis worry whether their government has the wherewithal to impose security nine years after the US-led invasion that overthrew Saddam Hussein.

In the northern city of Kirkuk, a car bomb exploded near a police headquarters, killing nine people and wounding 42, police and health sources said, while in Baghdad, a car bomb near the provincial council building killed four and wounded 11.

Blasts also occurred in Baiji, Samarra, Tuz Khurmato, Daquq and Dhuluiya, all north of Baghdad, in Ramadi in the west, and Hilla, Latifiya and Mahmudiya in the south.

Police in the north-eastern city of Baquba said they had also found and defused eight bombs and police in Falluja in the west said they had defused a roadside bomb.

The toll from all the bombings stood at 43 killed and 232 wounded.

The Arab League summit is due to be held in Baghdad on March 27-29, the first time Iraq will host the event in more than 20 years. — Reuters

Florence Sosiba, speaks to the Mail & Guardian about how important domestic workers are and exclusion in the COIDA
Read more
World