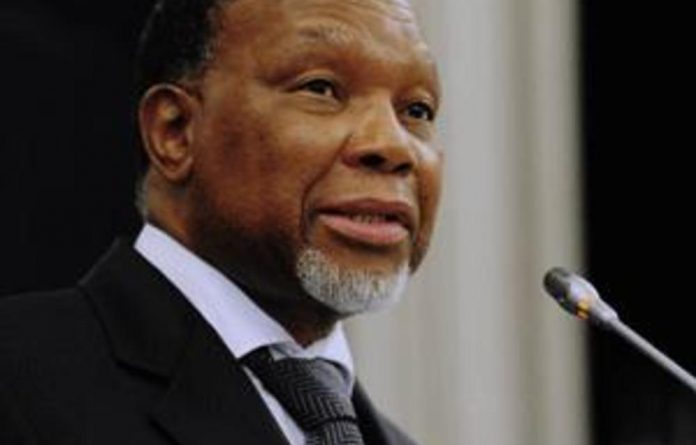 Deputy President Kgalema Motlanthe welcomed the public protector’s announcement on Tuesday that she would investigate allegations that his partner, Gugu Mtshali, was part of an attempt to solicit a bribe for a sanctions busting deal for Iran.

“The deputy president obviously welcomes the decision by the public protector to investigate this matter,” his spokesperson Thabo Masebe said.

Earlier on Tuesday, public protector Thuli Madonsela announced in a statement that a preliminary probe into the allegations would be held.

“Following a request by the deputy president, the public protector has decided to conduct a preliminary investigation into the above allegations with a view to establishing whether anyone in the presidency or the department of trade and industry might have participated in unlawful conduct involving the use of state resources or power,” her office said.

The Sunday Times recently reported that Mtshali was allegedly linked to a scheme to “buy” government approval for a plan to sell US-manufactured helicopters to Iran to bypass UN sanctions.

The cut for the people reportedly involved was R104-million.

Lauded
In a statement issued after the report was published, Motlanthe said he and Mtshali believed they had done nothing wrong. A short while later, he asked the protector to investigate the claims.

He was lauded for the move.

“We consider this action on the part of the deputy president as exemplary of a leadership that is willing to subject itself to public scrutiny and accountability,” the Congress of South African Trade Unions said.

Mtshali, former De Beers executive Raisaka Masebelanga and others allegedly met representatives of 360 Aviation to solicit the bribe. It was supposed to have been for getting government support for a R2-billion deal the aviation company was trying to secure with Iran. The deal did not go through.

In a statement made at the time of his request to the protector, Motlanthe said he and Mtshali would make themselves available to the protector should she decide to go ahead with a probe.

The protector’s preliminary probe would determine whether “there are merits in the allegations that state resources and authority were employed to improperly enrich or advantage anyone for unlawful purposes”.

The outcome of the preliminary investigation was expected by April 15. — Sapa