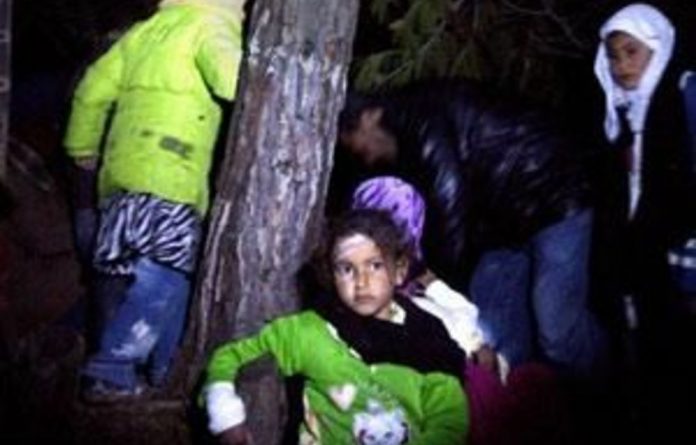 The rights group condemned the tactics by opposition fighters, who have long accused government troops and loyalists of carrying out similar abuses.

“Opposition leaders should make it clear to their followers that they must not torture, kidnap or execute under any circumstances,” she added.

Syria’s armed opposition is highly fragmented and many militias do not appear to belong to an organised command structure or to be following SNC orders.

The year-long uprising in Syria, in which the United Nations says more than 8 000 people have been killed, started as a peaceful protest movement. But it has become increasingly violent with daily clashes between rebels and security forces around the country.

Confessions
HRW cited dozens of YouTube videos in which Syrian security forces or their alleged supporters confessed to crimes, apparently under duress. At least 18 of the videos showed detainees who were bruised, bleeding or suffering from other signs of physical abuse, the groups added.

One video showed a man hanging from a tree by his neck in front of several armed fighters with commentary indicating that he was a member of the Shabbiha, feared irregular forces loyal to Assad.

HRW said some of the attacks appeared to have targeted Shi’ite Muslims or members of Assad’s own Alawite sect.

Analysts warn the uprising could degenerate into civil war, pitting Alawites against Sunni Muslims, who make up 75% the 23-million population.

That in turn would add to strains along the Middle East’s sectarian divide, with Assad’s backer Iran, and Tehran’s Shi’ite allies in Lebanon and Iraq, against the Sunni powers which dominate Arab governments from Egypt to the Gulf.

HRW’s Whitson said, “[The Syrian Opposition] need to make it clear that they envision a Syria that turns the page on Assad-era violations and welcomes all — regardless of their religious group or background — without discrimination.” — Reuters