SCA orders NPA to hand over record of Zuma charges 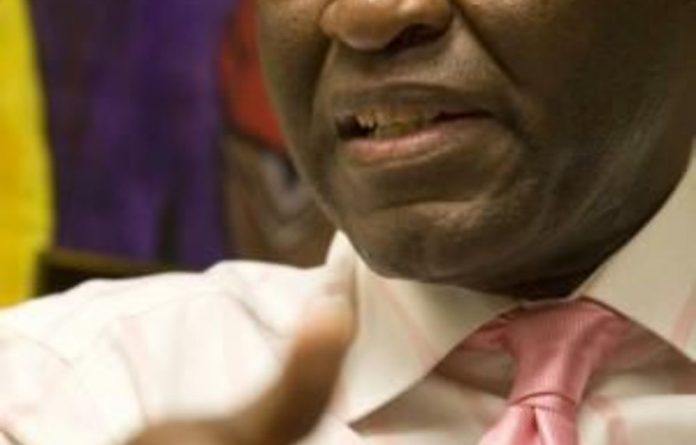 The Supreme Court of Appeal upheld an attempt by the Democratic Alliance on Tuesday for access to the records that led to the suspension of criminal charges against President Jacob Zuma in 2009.

The DA wanted a review of the decision, by then acting National Director of Public Prosecutions Mokotedi Mpshe, to drop charges against Zuma before he was elected president.

The DA had called on the National Prosecuting Authority to produce the record of proceedings that led to the decision.

The court held that Mpshe’s decision on April 6 2009, to discontinue the prosecution of Zuma on corruption charges, would be subject to review.

The SCA ruled that Mpshe should hand over the record to the registrar of the Supreme Court of Appeal within 14 days.

The record should, however, exclude written representations made on behalf of Zuma and any consequent memoranda or reports prepared in response, or oral representations, if their production would breach confidentiality agreements.

The SCA further held that the record should consist of the documents and material relevant to the review, including those before Mpshe when he made his decision.

NPA spokesperson Mthunzi Mhaga said it would study the judgment to determine the next legal steps.

“We wish to state that we still stand by advocate Mpshe’s decision and remind all that these were preliminary issues with no direct impact on his decision not to prosecute.”

Charges dropped in 2009
In 2009, Mpshe halted Zuma’s prosecution on fraud and corruption charges.

At the time, the NPA said it was “neither possible nor desirable” to continue with the prosecution citing an “abuse of process”.

The conversations allegedly took place shortly before the ANC’s historic Polokwane elective conference in December 2007, where Zuma defeated Thabo Mbeki in the race for the party’s presidency.

As such, the case against Zuma was deemed to be politically motivated.

“It’s not so much the prosecution itself but the legal process that is tainted,” Mpshe said at the time.

However, the DA argued that the decision was unconstitutional and invalid and wants the charges to be revisited.

Long road ahead
When the matter went before the SCA, constitutional and legal expert Pierre de Vos told the Mail & Guardian that even if the SCA ruled in the DA’s favour, it would be a long road for the opposition to follow if they decide to pursue the matter.

“There is no law stating a person facing criminal charges can’t become president, so Zuma’s presidency can’t immediately be threatened. It will also take a long time for before anything substantive comes of this as the SCA will send this back to the high court and the case could be delayed until it is no longer relevant,” said De Vos.

However, the DA said at the time that its case was not only about challenging Zuma’s fitness for office but also upholding the independence of the NPA and the judiciary as a whole. — Sapa