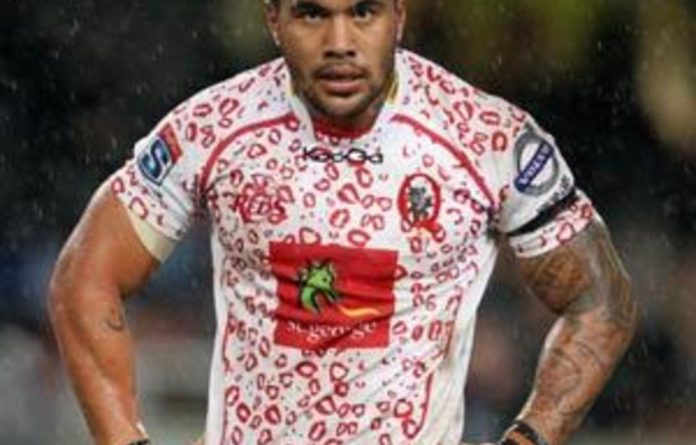 Wallaby winger Digby Ioane will miss the Queensland Reds’ next four Super 15 rugby matches after being found guilty of making a lifting tackle in last weekend’s match against the Sharks.

The penalty was imposed on Tuesday at a Sanzar judicial hearing into Ioane’s tackle on Sharks flanker Marcell Coetzee in the fourth-round match at Durban. In fixing a penalty, the judicial officer took into account that Ioane has twice previously been charged over dangerous tackles.

Ioane will be side-lined until the Reds’ ninth-round match against the Auckland Blues. His suspension encompasses Queensland’s eighth round bye and deepens a backline crisis for the Reds, who lost flyhalves Mike Harris and Ben Lucas to injuries in last weekend’s match. — Sapa-AP