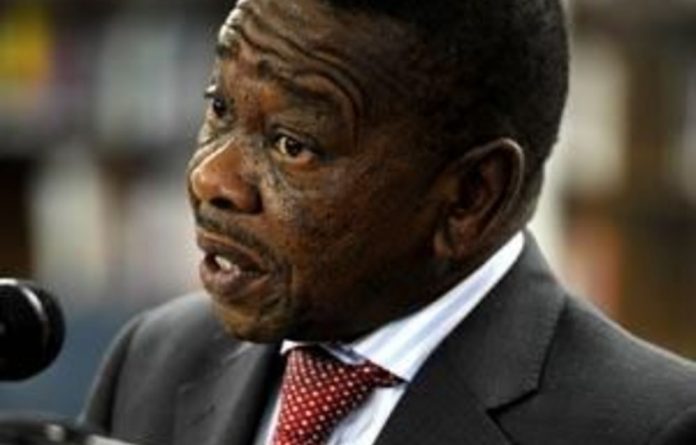 A pressure group has raised suspicions that Thabang Makhoang, a student who drowned at the North West University (NWU), was forced to swim and now demands that the university immediately publicise results of its completed private investigation.

The Higher Education Transformation Network (HETN), an organisation representing a number of alumni from all the country’s universities, insisted that the NWU must treat all matters related to Makhoang’s death with urgency.

“Here someone has died, it means they must call an extraordinary council meeting to discuss the report and release it as soon as possible,” HETN’s executive director Reginald Legoabe told the Mail & Guardian.

HETN has repeatedly called for the resignation of the NWU’s principal Theuns Eloff, accusing him of allowing the banned initiation rituals. But the university continues to say the event that led to Makhoang’s death was not an initiation.

The investigation kicked off soon after the incident, described by the university as a fruit festival, in which first year engineering student Makhoang drowned in a pool on January 21.

“We’ve learnt that the university is sitting on that report. We’re saying to them to publicise that report because this is an urgent matter,” said Legoabe.

HETN’s earlier press release said the university must move fast to take action “against the perpetrators of Makhoang’s drowning without fear or favour”.

“We are concerned at the delay by the university in publishing the results of the investigations as this seems to suggest attempts at withholding the truth, delaying taking remedial measures ” HETN said.

But the university’s spokesperson Louis Jacobs said they only received the report late last week and it’s now with Eloff for perusal. The next step is handing it over to the university’s management and council for discussion and decision-making, he said.

“There are processes that need to be followed. We can’t have it published when council has not even seen it,” Jacobs said.

It was also not pre-concluded that the report would be released to the public, as the university’s council would decide whether to release it or not, he added.

HETN also claimed that by “withholding” the report, the NWU is “attempting to influence the findings of the official investigations” of the higher education department.

Blade Nzimande, minister of higher education and training, announced on February 1 that his department would initiate its own investigations into the drowning incident.

The department’s investigation will be carried out by the Human Rights Commission (HRC) and will kick off after it has received and studied the university’s report, said Nzimande’s spokesperson, Vuyelwa Qinga.

North West police also opened an inquest soon after Makhoang’s death. Captain Adele Myburgh told the M&G they have finalised their investigations and handed a docket to the justice department for a decision whether its findings warrant prosecution or not.