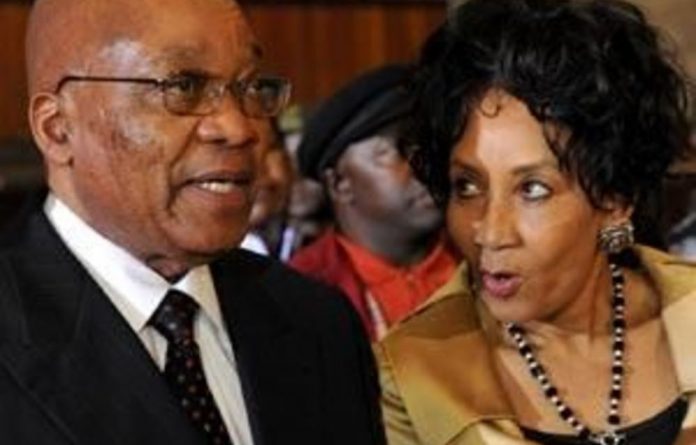 ANC national executive committee member Lindiwe Sisulu has distanced herself from reports that she was vying for a leadership position or was lobbied by a faction opposed to President Jacob Zuma.

“Comrade Lindiwe Sisulu distances herself from ongoing media reports about her alleged involvement in factions [vying for] for the leadership of the ANC, as reported by various media,” said ANC spokesperson Jackson Mthembu on Tuesday.

“Cde Sisulu is a loyal member of the ANC. She is well-versed with the ANC constitution, its provisions and directives, including procedure on the election of ANC leadership.”

A recent report by the Mail & Guardian linked Sisulu to an anti-Zuma faction which intends including her as a rival in the ANC top six.

The reported said there was no indication that any of the three have agreed to accept nomination, or that they are affiliated to the group in any way.

The same group was attempting to mobilise ANC branches behind closed doors to replace Zuma with his deputy Kgalema Motlanthe and party secretary general Gwede Mantashe with Sports Minister Fikile Mbalula, according to the newspaper.

‘Devoid of the truth’
The Sunday Times reported at the weekend that Sisulu was being touted together with Home Affairs Minister Nkosazana Dlamini-Zuma as possible deputies, by those pushing for change at the December elective conference in Bloemfontein.

Mthembu said such media reports were “factually incorrect and devoid of the truth”.

“They smack to tarnish the image of both the ANC and that of Cde Sisulu.”

Mthembu said Sisulu had not been approached or lobbied for any ANC position by any structure or branch of the ANC.

“Secondly, as a disciplined member of the ANC, she had no intention to entertain or encourage practices that are foreign to the ANC, its principles and traditions, such as the promotion of factionalism and activities that seem to undermine the proper function of the ANC,” he said.

“It would seem that nothing excites some sections of the media more than rumours of simmering conflict and factional activities within the ANC.”

‘No conflict’
Mthembu accused the media of inventing rumours.

“Where there is no conflict in the ANC, some have taken upon themselves to invent rumour about conflicts in the ANC. Their attempts will remain in vain,” he said.

Motlanthe has indicated he would not entertain any talk of succession.

“He is more concerned with exercising his duties in these positions. His future role in the leadership structures of the ANC will be determined by the national conference.” — Sapa