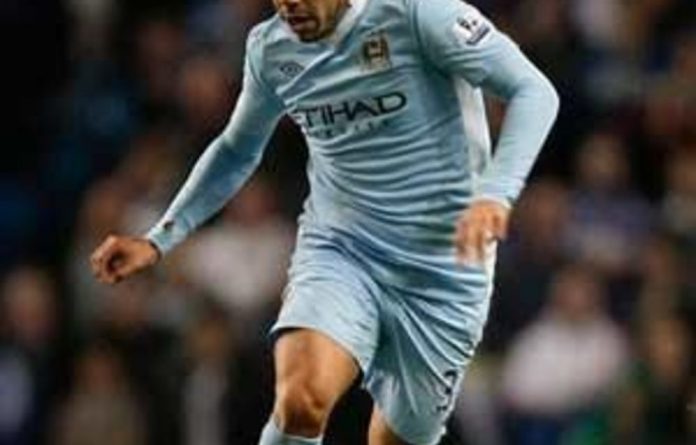 Carlos Tevez returned from a six-month exile on Wednesday and immediately revived his side’s Premier League title hopes by setting up the winning goal for Samir Nasri in Manchester City’s 2-1 comeback win against Chelsea.

Tevez had not played for City since refusing to warm up during a Champions League match against Bayern Munich last September but he came on as a 66th-minute substitute to a mixture of cheers and boos from the crowd.

The Argentine striker laid on the winner for Nasri with a brilliant reverse pass in the 85th as City kept up the pressure on Manchester United at the top of the Premier League standings.

Tevez came on with City losing 1-0 after Chelsea defender Gary Cahill had scored with a deflected effort in the 60th minute.

Sergio Aguero levelled from the spot in the 78th after Michael Essien handled Pablo Zabaleta’s shot before Tevez and Nasri combined for a crucial winner.

Tevez was on the bench for the first time since ending his long-running feud with the club, while Fernando Torres was preferred to Didier Drogba up front for Chelsea.

Playmaker
City defender Pablo Zabaleta created the first chance in the fifth minute when he beat Ashley Cole to a bouncing ball in the box and squared for David Silva to screw a shot over the bar.

Torres, buoyed by his two goals in the 5-2 FA Cup win against Leicester on Sunday, looked lively in the opening stages and his strong run at the City defence created a chance that Juan Mata sliced over from just inside the box.

Almost immediately, Nasri almost gave City the lead when he controlled a long ball with his chest and lifted a lob over Petr Cech that hit the bar.

Frank Lampard’s wayward pass gave Balotelli the chance to bear down on Cech in the 29th, but the Chelsea goalkeeper made a diving save to tip the shot wide.

Even without Tevez, City’s attack had Chelsea’s backline at full stretch during the opening half but could find no way through.

The misfiring Balotelli was withdrawn at halftime but the pressure continued, with Yaya Toure and David Silva leading a counterattack in the 50th, only for Nasri to shoot well over from the edge of the box.

Saved
Soon after, Nasri’s looping cross was palmed onto the bar by Cech, with Silva’s backheel deflected wide from the follow-up and Aguero volleying off target from the ensuing corner.

Chelsea’s goal came completely against the run of play. Ramires forced a corner on the right wing, City failed to clear the cross and Cahill pounced on the loose ball to hit a shot that bobbled off Yaya Toure to leave City ‘keeper Joe Hart stranded.

Tevez was tasked with rescuing the situation after replacing Nigel De Jong and his introduction coincided with an improved tempo from City.

Aguero finally levelled from the penalty spot after Zabaleta’s shot ricocheted off Michael Essien’s arm in the box.

Tevez had a crucial part in the winning goal as his deft pass on the turn allowed Nasri to break into the box and lift a shot over Cech to seal the points for City. — Sapa-AP