Exploring beyond what is obvious 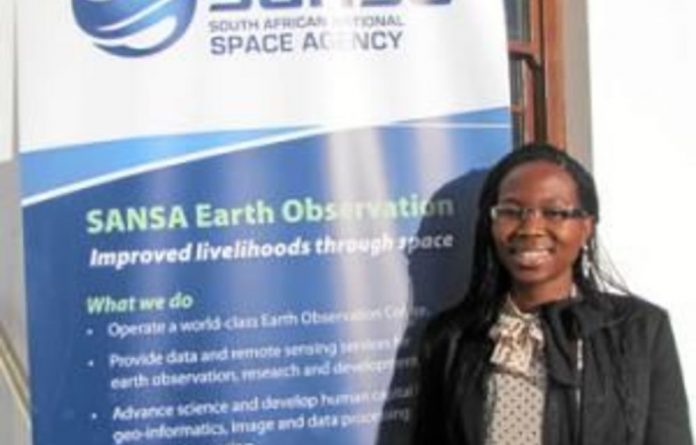 Zama Katamzi hails from Clermont in Durban, KwaZulu-Natal. She is a space ­physicist working in the space science directorate of the newly ­established South African National Space Agency based in Hermanus, in the Western Cape. Her area of research is ­ionospheric physics, which, in ­general terms, can be used for radio wave ­propagation for ­different ­applications such as ­navigation with GPS.

Where did you study?
I did my grade one to grade four ­primary schooling at Nikela Primary School in Ladysmith, ­KwaZulu-Natal. Thereafter I moved to Montebello Combined School where I did grades five to seven. For high school, grade eight to ­matric, I went to Sacred Heart Secondary School in Oakford, also in KwaZulu-Natal. I did my ­bachelor in science and honours degrees at the University of Cape Town and my master’s in science at Rhodes University in Grahamstown. I did my PhD at the University of Bath in the United Kingdom.

Why is science great?
Science is applicable to everything around us. We use it to explain even the ­simplest things, like when you throw a ball up into the air and it comes back down due to gravity.

How can young people get involved in your area of specialisation?
An interest in science, physics in particular, is required. One must do physical science and mathematics in school. They must then do an undergraduate degree in physics or engineering and a postgraduate degree in space physics or physics. The national space agency also has a wonderful science ­centre in Hermanus, which pupils can use to get practical exposure to the world of science. For a pupil who wishes to pursue a career in science I ­recommend ­getting involved in ­science events and exhibitions across the country and getting your schools involved, too, so that they can get exposure to what careers science offers.

Who do you admire most?
People who are determined to better themselves and their community, no matter what obstacles they are faced with in life.

What triggered your interest in science in general?
I became interested in science after watching the movies Deep Impact and Armageddon. I was amazed by the fact that what we take for granted — objects such as the moon and stars — is governed by physics. There are people who study things like that to understand them and how our Earth and our lives might be affected should anything change in our solar system.

Was there a particular event or person that persuaded you to pursue a career in your specific field?
I was always interested in and enjoyed science, so the decision was not ­difficult. But I also had great teachers who inspired me, as well as the full support of my family and friends.

What is your field of science all about?
It is about using the ­understanding of space technology and the nature of the planets, stars and universe to improve the lives of people in this country.

What value would you say space science adds to our lives in today’s world?
Without the technology of ­satellites, we would not be able to have GPS technology, use our cellphones or even ATMs. Earth observation by some satellites also allows us to predict potential disasters, such as tsunamis, and helps government departments to plan better for housing, managing water resources, and so on. The uses are extensive and important and ­anyone who studies space ­science, technology and engineering is a skilled resource for South Africa.

What do you do when you are not working?
I enjoy the beautiful surroundings of Hermanus and use my time to run, play tennis, read (non-fiction), hike and socialise with friends and family.

What is your message to science ­teachers and pupils?
There are many opportunities in ­science that I think are not widely advertised in schools or ­disadvantaged communities. There is also a perception that you need to be a genius to go into a science-related field, which is not true. You just need passion for the field and to work hard. If you are passionate, go out there and find the opportunities that can help you and your school.

Help centres for teachers and pupils

From Cairo (and jail) to a master’s at Wits

American Karen Uhlenbeck has won the Abel Prize in mathematics for her work on partial differential equations, the first woman to win the prize
Read more
Special Reports

'Teachers are the heartbeat of the nation'
Read more
Special Reports

'My learners have hijacked my heart'
Read more
Special Reports