Footing the bill for the ANC’s birthday bash 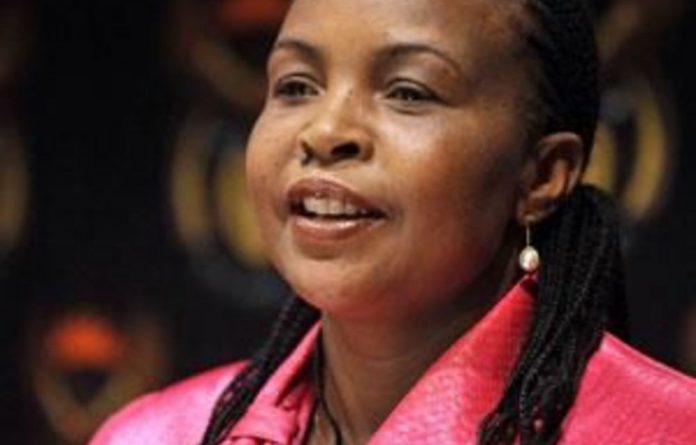 More than R12-million was spent on accommodation and “protocol support” for heads of state and others who attended the ANC’s centenary celebrations in Mangaung, it emerged on Thursday.

In a reply to a Democratic Alliance parliamentary question, International Relations and Cooperation Minister Maite Nkoana-Mashabane said the department spent R11 014 000 on accommodation for 50 heads of state and nine “foreign eminent persons” and R1 010 981 on “protocol support” which included logistics and meals.

“On 5 December 2011, Cabinet took a decision on the attendance by heads of state and government, of the ruling party’s centenary celebration in January 2012,” she said in the reply.

“The decision followed the historical importance of the event and interest by heads of state and government and fraternal ruling parties to attend the milestone anniversary of the ruling party.”

The costs were incurred following a Cabinet decision that Dirco should fund the “requisite support” and “associated costs” for heads of states attending the ANC centenary.

According to Nkoana-Mashabane, an average of R203 813 was spent on each foreign delegation attending the event.

“Protocol could not possible dictate that a country in which more than 2.5-million people live on less than [about R15] per day and that has a housing backlog of two million, allocates this kind of money to accommodation and other services to visiting heads of state,” he said.

“As our democracy matures we do, however, have to question how far the ANC has become removed from its historical heritage when it supports a decision that directs public money to luxuries for VIP visitors.” — Sapa