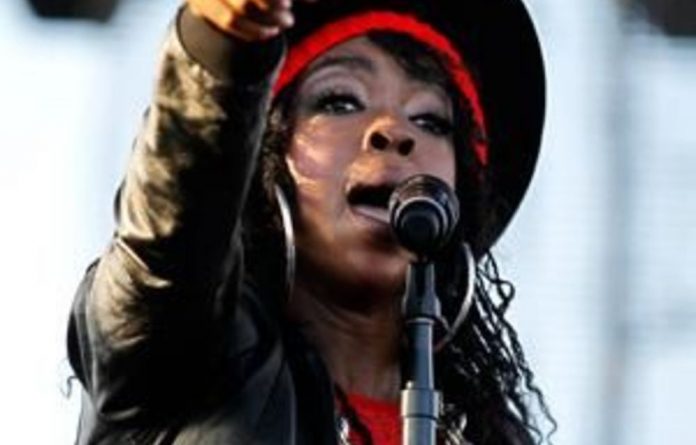 Her performance will take place on Saturday March 31 at the famous Kippies stage.

“We are extremely excited about the addition of Ms Lauryn Hill”, said Rashid Lombard, the chief executive of ESP Afrika and festival director. “She is an exceptional artist and festival goers can expect a sensational show. She completes a lineup of world class acts that audiences have come expect from the festival.”

Hill’s appearance at the festival could appease some audience members who were disappointed by the withdrawal of US singer Jill Scott, who was set to headline the event.

But those who haven’t yet booked their tickets yet will be disappointed. Both public tickets and corporate hospitality tickets are completely sold out.

“Non -ticket holders are urged not to try their luck at the festival gates as there will be no tickets available,” said Lombard.

Rise to fame
Hill established her reputation as a member of the Fugees with Wyclef Jean. In 1998 she launched her solo career with the commercially successful and critically acclaimed album The Miseducation of Lauryn Hill. The recording earned Hill five Grammy awards including album of the year and best new artist.

After several years out of the spotlight, Hill returned to live music in 2011. She has toured extensively since, including performances at Coachella Valley Music Festival, the New Orleans Jazz Festival and Rock The Bells. In February 2012 Hill performed a new song, titled Fearless Vampire Killer, during a sold out performance at the Warner Theatre in Washington DC.