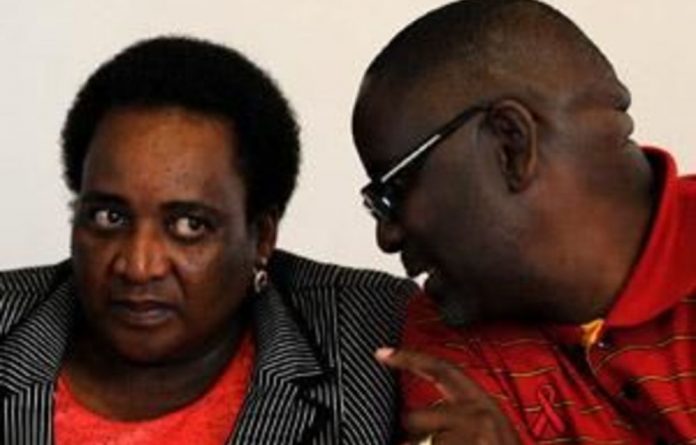 Cabinet has approved the Basic Conditions of Employment Amendment Bill and the Labour Relations Amendment Bill that deal with labour broking without heeding the Congress of South African Trade Unions (Cosatu) call to ban the practice.

Labour Minister Mildred Oliphant told a post-Cabinet briefing on Thursday that the government had implemented the ANC’s resolutions on the issue and not those of its trade union federation ally Cosatu.

Oliphant said the legislation rather sought to prevent the abuses that had been associated with labour broking and did so in part by limiting temporary employment to six months.

“We are saying temporary work will be limited to six months.”

The two Bills, long debated in the National Economic Development and Labour Council (Nedlac), will now be submitted to Parliament. The legislature will then hold public hearings on the Bills.

Oliphant said in a statement that more than a year of talks in Nedlac had led to agreement on a range of issues now contained in the two Bills. She said changes to the Bills focused largely on labour broking.

The Bill assures additional protection for workers who earn less than R172 000 a year.

It goes on to regulate contract work by stipulating that those who earn below the threshold may be employed on a fixed-term contract for longer than six months, only if the project is of limited duration, or the employer can demonstrate a justifiable reason for limiting the length of the contract.

Those who employed less than 10 people were exempt from this provision, as well as those who had a staff of 50, but had been in business for less than two years.

The two other Bills in the labour legislation overhaul — the Employment Equity Amendment Bill and the Public Services Bill — were still being debated in Nedlac, Oliphant said.

The deadline for the discussions to conclude was April, she said. If the forum failed to finalise them by then, the government would take the Bills to Parliament. — Sapa