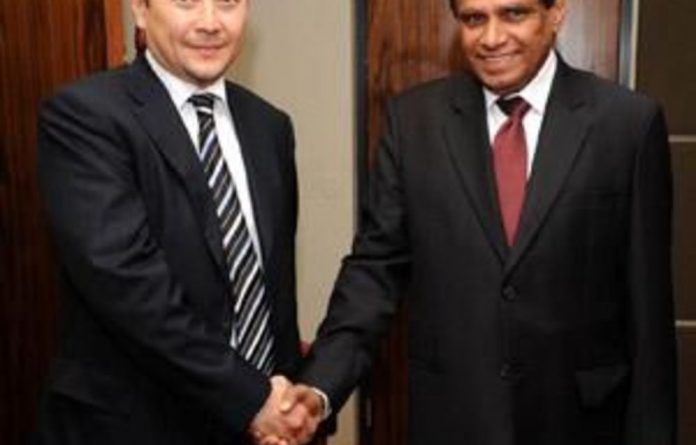 South Africa has suspended almost all of its oil imports from Iran and intends to abide by a United States request to significantly drop its supplies from the state, a senior diplomat said on Thursday.

“[To my knowledge], no Iranian oil is flowing into our country,” Deputy Foreign Minister Ebrahim Ebrahim told a news conference.

“If there is any, it is very little.”

South Africa is on a state department list of 12 countries that buy Iranian oil and could be subject to US sanctions unless they significantly cut purchases.

Impact study
Earlier this week the government formed a task team to study any impact that reduced oil imports from Iran could have on the country.

“We have formed a task team to look at a variety of scenarios and the best way to respond should we be called to do so,” the energy department’s deputy director general for hydrocarbons and energy planning, Tseliso Maqubela, told the Mail & Guardian on Sunday.

The task team’s establishment follows continued threats by the US that countries buying oil from Iran may be barred from accessing US financial services through the Federal Reserve Bank.

The European Union (EU) and the US have imposed sanctions against Iran — restricting foreign trade, financial services, energy sectors and technologies.

Specifically, the sanctions forbid new contracts to import petroleum products from Iran and aim to end existing contracts by July 1 2012.

Nuclear plans
The sanctions are aimed at pushing Iran into revealing more details of its nuclear capability, as the US and EU accuse the Middle Eastern nation of attempting to build nuclear weapons.

Based on data released in June lat year, 25% of the country’s overall crude oil is imported from Iran, equating to roughly 100 000 barrels of oil per day.

While the task team is being “driven” by the energy department, Maqubela would not stipulate which other government departments were involved.

Maqubela said it would not be up to the government alone to ensure any cut in Iranian oil supply would not adversely affect the economy.

“Sasol and Engen are the two main companies reliant on Iranian crude. They are preparing their own responses to any situation where that supply is curtailed,” Maqubela said.

Trouble on the way?
While the projected impact is unknown, analysts say curtailed supply could weigh on the fuel price and local oil industry.

“It has lifted it [the fuel price] but the exact quantum is anyone’s guess. Decreased imports from Iran would affect us quite badly in the very short term but importers would quickly source oil from elsewhere, solving any volume problem in a few weeks — although probably at higher prices,” David Lerche, oil analyst at Avior Research told the M&G.

In the short term South Africa could increase imports of refined oil to make up the shortfall but would not be able to sustain this as a result of increased costs.

But Maqubela believes it won’t come to this because the government is already looking at making up any deficits.

“We have already undertaken engagements with a number of countries but it would be premature for me to comment on them at this stage. The plan we are working on suggests the South African motorists won’t necessarily see the impact at the pumps,” Maqubela said.

However, even if South Africa was to source crude oil from elsewhere, it would have to be of similar quality to that received from Iran to be compatible with refineries.

“Given that South Africa’s oil demand is small, securing new contracts would not be too problematic. But it would still require some modification to local refineries,” Adenaan Hardien, economist at Cadiz Asset Management told the M&G.

Diplomatic tight rope
It is also a difficult diplomatic line for South Africa to follow as the EU constitutes a large amount of South Africa’s trade.

The US and EU may be leading the charge for sanctions to be imposed, but China — South Africa’s largest trading partner — has done its utmost to curtail the embargoes.

China reportedly said last week that it would move to ensure all oil exports from Iran were not affected by sanctions.

Additionally, Russia — one of Iran’s biggest trading partners — has slammed the sanctions, describing them as “deeply erroneous“.

Further complicating matters is Iran’s response to bilateral sanctions — a threat to close the Strait of Hormuz, through which a fifth of global oil supplies pass. — additional reporting by Reuters