The power of a positive mind 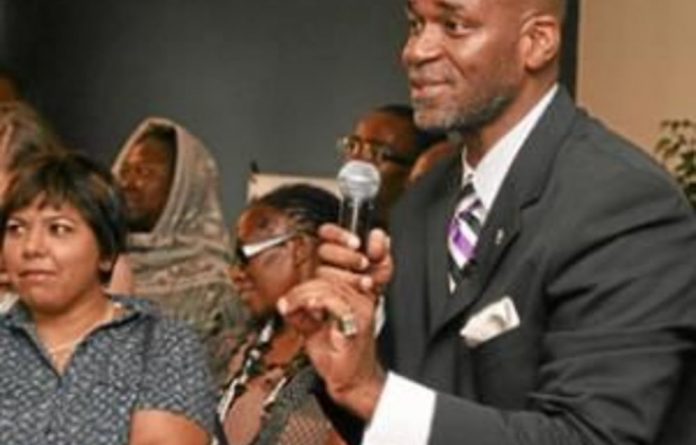 Meet Professor Khalil Osiris and by the time one parts company with him, one thing is clear — he breaks down most of the stereotypical walls built by society. He is humorous — sometimes at his own expense — for an ­ex-convict who served 20 years in prison for robbery.

Osiris, an articulate and well-read professor, graduated with a bachelor’s and a master’s degree from Boston University during the time he was incarcerated.

The day I met him he appeared in a dark suit and a tie, stood in front of about 250 inmates at the Modderbee Correctional Center in Benoni and said: “I am one of you.” One could have heard a pin drop as the ­inmates paid curious attention.

“I served 20 years in prison. I was beaten by guards, subjected to solitary confinement. I decided to liberate my mind and while in prison, organised book clubs to promote literacy, formed prisoners’ study groups and created numerous programmes based on the principles of restorative justice. I know how you feel. But when I walked in here could you tell that I was a prisoner?” To which the inmates replied “No.”

Breaking the shackles
Osiris explained that most of the inmates were imprisoned in their minds before they were incarcerated within the concrete and the bars.
“Your minds led you to break rules when you had no reason to. Today you have to make a decision as to whether you want to remain incarcerated in your mind or you want to release yourselves before you walk out of prison. I did, the day I turned the cell into a classroom and the prison into a varsity.

“I decided that I wasn’t coming back to prison and I was going to walk out a better man than I was when I got in,” said Osiris.

Getting an education
So, during his incarceration at Norfolk Prison Colony in Massachusetts, Osiris decided to ­convert idle time to earning a bachelor’s and a master’s degree in liberal arts from Boston University — aware of the historic significance of the fact that Norfolk was where Malcolm X served time and Boston University was where Martin Luther King, Jr, earned his doctoral degree.

What was he doing at the Modderbee Correctional Centre? He was there to launch a collaborative effort between support organisation Lotsha Ministries and his re-entry and restorative justice programme — a ­programme called Taking Responsibility, which is a self-help and faith-based approach to help inmates ­successfully re-enter ­society when they are released.

“This programme integrates a faith-based curriculum with evidence-based practices. It is designed to spiritually empower and equip incarcerated and formerly incarcerated men and women to apply biblical principles in overcoming the many challenges of successful re-entry,” he said. Almost 100% ­registered, a response no programme has ever enjoyed in any prison. The course effectively started this month.

Launching Circle of Courage programme
Osiris is a busy man. Last month he launched another programme, specifically designed for educational institutions. It is called Circle of Courage, or COC, as it has come to be known in the US.
The course, whose curriculum he designed while in prison after completing his master’s degree, is based on the Native American tradition of positive youth development. Circle of Courage has been tried and tested in US schools that were ­generally considered hopeless in many ways and had, according to research, produced dismal results, had the worst and most delinquent students whom society had relegated to casts and had been written off.

“We have embraced this tradition because we believe it is our responsibility, as elders, to help youth develop into positive young men and women. This is a mentoring programme to assist young people on their path of personal growth and development and we have seen positive results,” said Osiris.

Ketso Moorosi, a clinical and forensic psychologist who is testing the programme in South Africa, said: “This is a new tool, that has been tested in US schools and prison systems, whereby there are similarities between us as South Africans and Americans. The ­programme assists in changing ­negative mindsets to positive, therefore translates into positive ­behaviour modification.

“When people act on everyone else’s negative voices, they may omit to tap into their potential. This programme empowers individuals to use their positive energy and to rebuild their self-worth and self-love.

Once one has self-love it roots out violent behaviour and anger, thereby leading to positive self-image and happy families.”

The professor, originally came to South Africa to launch the first Martin Luther King Day, hosted by the Martin Luther King Day Alliance — an organisation which aims to forge transformational relations between South Africans and Americans. Circle of Courage is part of the ­journey, he said. He has since fallen in love with the country and has moved here to run the programme. Osiris is already engaging the first train-a-trainer group in South Africa and pilot programmes are running in a number of schools.

“Once the trainers, teachers and mentors have been trained, they will be qualified to guide students through personal growth and ­development exercises using the Twelve Values: Discovering Your Personal Power
curriculum I ­developed,” he said.

Involving parents
According to Osiris the results were immediate. After only one lesson one can start applying these principles in their daily life.

A parent who is part of the training said she was already seeing results in her home before she had even completed the six-week programme. “This programme shifts how adults talk to young people and the youngsters notice; that automatically ­transforms how they see themselves. The programme can be applied in schools and is most helpful to educators dealing with difficult students.

“My son, who is in a special school and had been diagnosed with attention deficit disorder has even told me that his teacher noticed the shift. He brings home merits ­everyday,” she said.

Still full of energy
Osiris, who seems to have a gift and the ability to simplify even the ­hardest subjects, also has a number of books to his name. The Psychology of Incarceration: A Distortion of the State of Belonging, is the most popular of his works and one on which he based his re-entry programme offered to men and women in prison in the US. Now the Modderbee inmates will also be beneficiaries.

He has ventured into the ­relationships terrain as ­co-author of Talking Listening with Care: A Communication Guide for Singles and Couples. He is also ­completing a series of his prison ­diaries that could make for a ­fascinating read.

This he does in between his ­inspirational speaking engagements, pastoring at the Be The Change Ministries in South Africa, engaging in social entrepreneuring activities and mentoring.

The Circle of Courage mentoring programme is a six-week course designed to teach youth how to think, with an emphasis on ­becoming successful students and positive role models.
Students who participate in the Circle of Courage benefit in the
following ways:

Parents and Guardians
The Circle of Courage Mentoring Programme: Twelve Values To Promote Student Success – Parent’s Guide is designed to provide ­parents with the knowledge, understanding and tools needed to support students’ academic and social and emotional learning.