Water crisis looms, but there’s hope in the pipeline 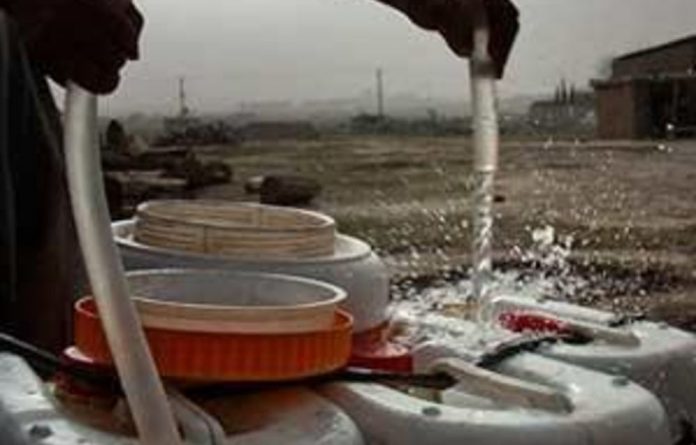 With Water Month drawing to a close, the government has admitted that South Africa could face a huge problem with water supplies in the future.

In the short term, water resources will be squeezed and people will have to change their habits. But the solutions for the long term are there if enough money is raised.

This marks a departure from previous years, when the department of water affairs had continually assured people that there was no problem with water security.

The change in attitude was made apparent after documentation attached to this year’s budget said demand for water would overtake supply by as early as 2025.

Speaking after Finance Minister Pravin Gordhan delivered his address, Minister of Environmental Affairs Edna Molewa — whose department deals with water affairs — was unequivocal: “If we don’t act, we will face a near-crisis situation in the future.”

In his State of the Nation speech, President Jacob Zuma also highlighted the importance of water. He detailed the many schemes that will be undertaken in the water sector. It was up to Gordhan to announce the R75-billion in funding the schemes would receive.

The department said the huge boost in funding for infrastructure will overcome the historical problems South Africa has with water.

These are many: Gauteng, with its industry and lion’s share of the economy, lies on the continental divide, so any water flows away to the Indian and Atlantic oceans. The rain that does fall is erratic and on average is only half of the world average. The rivers that are supposed to catch the rain are small — even combined, their entire flow only equals half that of the Zambezi — and they are mostly so short that space for dams is at a premium.

To survive, the country has became a world leader in water transfers. Huge schemes take water from areas where there is lots of rainfall to those where rivers barely trickle.

This is how Gauteng survives. Around a quarter of its water comes from Lesotho through the Lesotho Highlands Water Scheme. Running for hundreds of kilometres, giant pipes bring water from the mountain kingdom to the Vaal, and smaller pipes then bring it to people’s taps.

But all of this water is allocated. So until 2020, when the next phase of the Lesotho scheme comes online with 151-million extra kilolitres of water, the country is in trouble.

Speaking earlier during Water Month, Molewa said the department has planned lots of interim measures to save water and there is just about enough to go around until the scheme is brought to fruition.

Chief among these are plans targeting water leaks — about a third of South Africa’s water dribbles leaks from the existing infrastructure into the ground. An extra 180-million kilolitres of water could be saved this way, she said.

Another measure involves the cutting off and prosecution of illegal water users.

According to Nigel Adams, head of the department’s Blue Scorpions, around 229-million kilolitres of water are stolen each year from the Vaal river system alone.

To prove their intent, and to give some sexy television footage for the launch of water month, Adams and Molewa swooped on an illegal water user. While serving him paperwork they also welded shut the pipes he had pumping water out of the Vaal Dam.

Sasol’s water and environmental specialist Martin Ginster told the Mail & Guardian the Vaal was a serious problem for the country’s water security. Several years of high rainfall have “masked” the fact that growing demand is greater than the Vaal’s “sustainable supply”, he said. Only if “all the interventions” that water affairs has planned work out will the area escape water shortages, he said.

Sasol and Eskom are substantial water users and last week at the World Water Forum in Marseilles, France, both sounded a warning over future supplies. While they are safe — they get preferential access because of their importance — they said just one major drought would have widespread consequences for industry and agriculture.

All these measures cost money and, even with treasury’s huge funding tranche, Molewa was forced to bring her begging-bowl to the World Water Forum. Her hope was for private partners to go “rand for rand” with the department in public-private partnerships. If funders can be found, the department of water affairs can add R25-billion to fix its ageing infrastructure, she said.

Until this money results in more water sitting in South Africa’s dams, Molewa said a “behavioural change” from people would be necessary to help survive the short-term.