A home opens the door to success 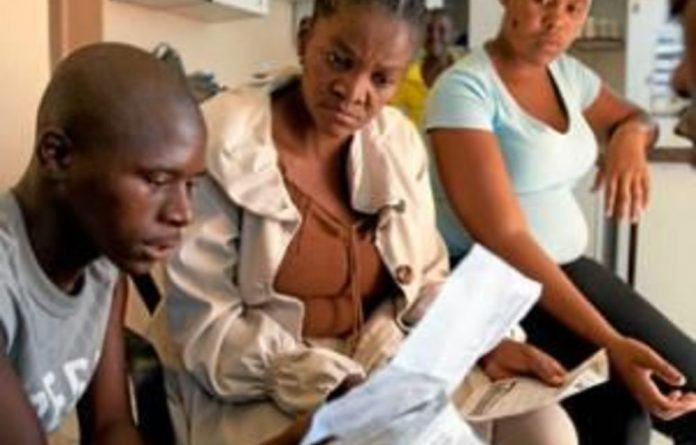 My voice recorder had been on for only two minutes when Thandeka Fotoyi burst into tears. “And the other time I was sleeping in that room and it was so cold. And I woke up the next morning and next to me there was this hot-water bottle,” she said. “I never got that at home and it just touched me.

“And the next day I went home and I got my other textbooks and I took my clothes and I just moved for the whole [matric] exam period. And then I got my A and my three Bs and three Cs, and now I’m at UCT.”

Fotoyi is now a third-year sociology, political science and gender studies student at the University of Cape Town — and she is one of only two members of her 2009 matric class at the Luhlaza High School in Khayelitsha attending university. She was the first pupil from her class to live in the house of life orientation teacher Kunji Socikwa.

At the end of last year there were 26 matric pupils staying in Socikwa’s three-bedroom Khayelitsha dwelling. But, during the year, there were as many as 40 there at one time.

Sometimes other teachers come to the house, tutoring and helping pupils with assignments.

Open plan: Kunji Socikwa, a life orientation teacher,
has opened her house in Khayelitsha to
learners needing space and support
to focus on their final year of school studies.
(David Harrison, M&G)

After a brief leave of absence from her school at the end of last year because of stress, Socikwa has resumed her care-giving role. When I visited Luhlaza High last month, Socikwa said there were four pupils from the current matric class living with her. Some stayed there during the week and went home at weekends. Other schoolchildren studied there in the afternoons and evenings.

Reviving spirits
Many of those who had completed their schooling also visited regularly to “revive their spirits”, said Akhona Ndaba, one of the young people living in the house when I visited it in December.

“Here we can nurture and protect each other,” Ndaba said. “We make sure that, if one is going astray, we lead them back. We remind him or her ‘this is where we are going’.”

Socikwa is an intellectual and emotional resource, but the pupils are also nurtured spiritually.

On Friday afternoons she and people from The Healing Process, a Khayelitsha-based non-governmental organisation, hold group support sessions at her home.

One in a million
“This house is one in a million,” Ndaba said. “People see it as abnormal. They ask: How do you get the funding and make all this work?”

Socikwa said that raising money to feed the pupils was a challenge. The Healing Process and the state’s school feeding scheme helped now, but for a long time she had used her own money. She said a good meal in the morning was critical for young people to succeed academically.

For Fotoyi, Socikwa’s house and the support she received there were invaluable. Her mother’s home was relatively unstable — she had six siblings, her father did not live with them when she was growing up and her mother was disabled by a stroke in 1991.

But she praised her mother: “She inspires me a lot in the way she does things. She’s an elephant, because that’s the strongest animal.”

Fotoyi spoke too about the ­challenges faced by parents, such as hers, from poor, rural backgrounds: “She [my mother] was never educated because she was staying in rural areas. She doesn’t know about the things we [youth] are going through now.

“She got married at 15 or 16. She maybe doesn’t know what is a real support, what is a support academically. She had seven kids and when she was sick we were taken into a child­ren’s home, but she supported us with the [social support] grant. She’s amazing.”

“I was staying in a child­ren’s home and I turned 18 last year. I was meant to leave but I was doing very well at school, so they extended my stay.

“Eventually, the child care Act kicked in and a child who is 18 is not supposed to stay in a children’s home anymore, because he is seen as an adult. I had nowhere to go, so I told Kunji about my situation. She is the person at school we go to if we have a problem. And then she offered me her home and welcomed me in.”

It is difficult for children from ­troubled homes to succeed at school, even if they are intelligent. Many of our discourses about education centre on how poorly pupils taking standardised literacy and numeracy tests ­perform and the low pass rates in matric. Factors such as the teaching and learning ­processes themselves are often discussed, and rightly so.

However, academic achievement cannot be separated from the social circumstances in which pupils find themselves and the ways in which these affect their intellectual and emotional development. We need many more of the social support ­networks that are evident in Socikwa’s house.

Transitioning to university
Apart from the immediate needs of the schoolchildren, Fotoyi’s reflections on her transition to university study reveal other needs.
She said that UCT was far less intimidating than her schooling. “I tell them [the current Luhlaza matric class] about varsity and how it’s easy. There’s a catering service so you don’t have to cook and you ­basically just have to study and all they [the university] need is for you to deliver.”

But her transition to university was also complex.

“At first at varsity I was always feeling alienated; I felt like I was the only person. You feel like everyone knows this place and I’m the only one struggling,” she said.

“If you’re coming from Khayelitsha then sometimes you feel excluded. During [first-year] orientation, it was the first time [for me] when they were just speaking English — We were divided — I was the only black person and there was one coloured guy. And everyone was so fluent.

“It took me a long time to be fluent and realise ‘this is how you speak English’. At that time, if someone pointed to me, I wouldn’t say anything. I wasn’t comfortable.”

She said the township youths were often not accustomed to the linguistic, social and cultural norms that prevail at universities, unlike ­middle-class youths, educated predominantly in former model C schools, who grew up with them.

Social support still played an invaluable role for her, Fotoyi said.
“In our reses [residences] at UCT, we’ve got mentors and mine was also a Xhosa girl. You know, when you’re a stranger in a place, it helps to find something identical. She was black and Xhosa — Xhosas are loud — people are always complaining. And then we became friends.”

Education policies that focus heavily on academic outcomes alone are bound to fail to raise standards in a sustainable manner, no matter how sophisticated the strategies are. The youth need social, emotional, intellectual and physical forms of support. Therefore, holistic approaches to our country’s complex challenges are not a luxury, or something “beyond the basics”.

In short, as pupils such as Fotoyi demonstrate, ways of meeting these socioemotional needs are the basics. We need more support for and more adult role models like Socikwa.

For Ndaba, Socikwa is a teacher who knows “children are the ones to change the world — they are the kings and queens of tomorrow.

“Kunji believes in us. She really feels things. She’s sensitive to the needs of the children. She wants to protect them because she knows the world’s cruel out there.”

Adam Cooper is a researcher at the Extra-Mural Education Project, a non-governmental organisation based in Cape Town. He is doing his PhD thesis at Stellenbosch ­University on how the youth learn in differing social circumstances.

This is a handy little car for driving around town. The Go is much-improved compared to previous models and now offers welcome safety features
Read more
Advertisting
Continue to the category
National