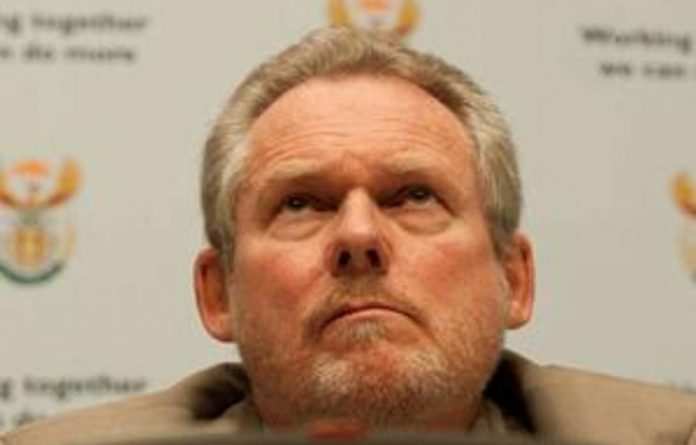 Steelmaker ArcelorMittal South Africa (Amsa) has once again angered its customers and the government after it announced it was cutting certain product lines, opting to import them from its European operations.

This has upset the automotive industry, including component manufacturers, which uses locally produced steel as a means to earn benefits under the department of trade and industry’s motor industry development programme.

But the move comes at a time when the state is actively seeking ways to increase competition in the steel sector to counter Amsa’s dominance in the local market.

There has been concern for some time about the price, shortages and poor quality of a number of steel products, said Roger Pitot, executive director of the National Association of Automotive Component and Allied Manufacturers (Naacam).

Amsa to stop steel production locally
Amsa advised customers that it was halting the production of special electro-galvanised steel locally and would be importing it from Europe, said Pitot. The association also believed that Amsa was planning to stop production of several higher grades of flat and long-steel products.

Although companies could opt to import steel at cheaper prices and some had already begun doing so, it affected local-content requirements across the supply chain.

Pitot said at least one Naacam member had managed to import steel at 15% less than what it would have paid for the product from Amsa.

The problems had been in evidence for some time, he said, particularly after Amsa was forced to shut down its Newcastle plant last November.

“We believe it was poor maintenance and an unwillingness to invest in local infrastructure that led to the shutdown,” he said.

The declining quality and output of electro-galvanised steel, used for things such as the bodies of vehicles, was as a result of Amsa’s decision to install a second-hand plant when it set up the facility, said Pitot.

Companies approach dti for relief
According to the department of trade and industry, these supply issues have become severe enough for some companies to approach the department to seek relief.

The motor industry development programme provides a benefit in the form of duty rebate certificates, based on exported local content.

Mkhululi Mlota, automotives chief director at the department, said many companies had factored the benefits under the programme into their business models and were being negatively affected because they had to use imported steel in their products.

This week, Trade and Industry Minister Rob Davies reiterated the state’s determination to realise a more competitive local price for steel and increased competition in the sector. “We want to see more players in the sector,” he told the Mail & Guardian on Tuesday.

But greater competition in the sector is inextricably linked to securing iron ore, a major feedstock for steel, at competitive prices. The continuing dispute between Amsa and its chief supplier of iron ore, Kumba Iron Ore, has further complicated the issue.

Davies reiterated the state’s long-standing position that 21.4% of the output from Kumba’s Sishen mine should be available at a cost-plus-3% rate and that the recipient of the preferential price pass it on in the form of competitively priced steel to downstream industries.

An interdepartmental task team was created in late 2010 to investigate the matter. It had had a number of meetings with Kumba and Amsa and was beginning to “formulate an approach”, said Davies, although he declined to give further details.

There were other sources of ore aside from that mined at Sishen, said Davies, including ore by-products of other processes.

Work was being done by entities such as the Industrial Development Corporation to explore the use of this ore for steel production through “mini-mill technologies”.

Abel Malinga, the corporation’s divisional executive for mining and manufacturing, said it was exploring technology to process “iron briquettes” at a plant in Limpopo, as well as establishing and supporting mini-mills in areas such as Gauteng and the Eastern Cape.

It was also exploring ways to exploit iron ore currently not being used, such as that found in the magnetite deposits in the bushveld complex in North West.

The question of increased competition in steel production and bigger access to iron ore was not missed by the ANC in its policy discussion document on state intervention in the minerals sector.

It noted that the corporation had been mandated “to facilitate the establishment of a new steel producer to enhance domestic competition and curtail monopoly pricing”.

Proposals include securing what are known as iron ore fines, a by-product of mining currently dumped and transported through a slurry pipeline, for use in a local steel mill.

Malinga confirmed that the corporation was considering the feasibility of a steel mill. But, he said, it would have to consider the local capacity available and the demand in South Africa and the Southern African Development Community region for the next 15 years.

Discontinued line ‘no concern’
ArcelorMittal South Africa said the only product line it was discontinuing was the Improved Surface Finish (ISF) material for exposed applications, produced at its electrolytic galvanising and cold-rolling plants. This comprised less than 5% of the total supply portfolio of the automotive industry and was in line with worldwide trends.

“Given the low demand in South Africa, it is not economically viable to consider further investment in these lines,” said spokesperson Themba Hlengani.

The company intended to create additional capacity to supply non-ISF material for which there was a “significantly larger portfolio” and the opportunity to increase volumes to match future increases in demand, he said.

Most of the steel supplied to the automotive industry is based on half-yearly fixed-price contracts aligned to prices available to original equipment manufacturers in other parts of the world.

Hlengani said the company had been talking to stakeholders for the past four months and had briefed the department of trade and industry on the development.

“In allowing sufficient time for the transition, we believe we will be able to minimise market disruption and ensure that affected customers will be ready to cut over to new suppliers by June,” he said.